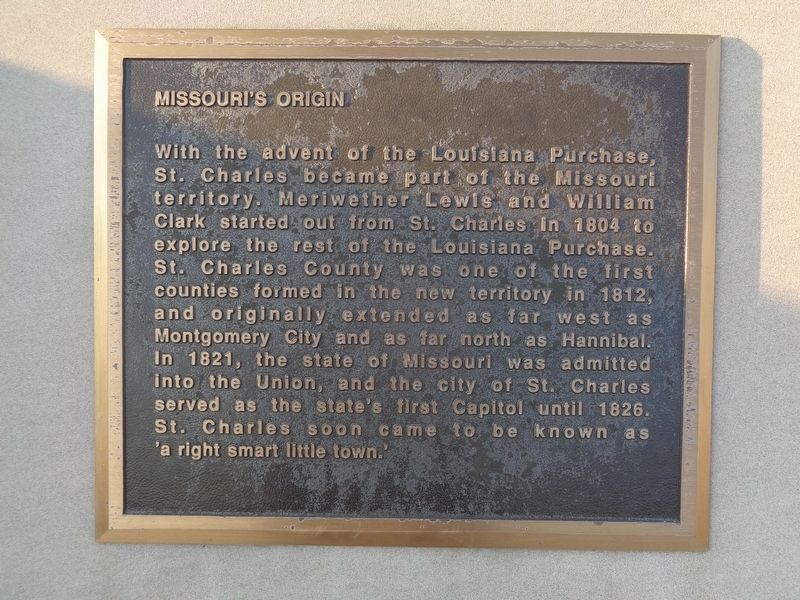 By Jason Voigt, December 16, 2020
1. Missouri's Origin Marker
Inscription.
Missouri's Origin. . With the advent of the Louisiana Purchase, St. Charles became part of the Missouri territory. Meriwether Lewis and William Clark started out from St. Charles in 1804 to explore the rest of the Louisiana Purchase. St. Charles County was one of the first counties formed in the new territory in 1812, and originally extended as far west as Montgomery City and as far north as Hannibal. In 1821, the state of Missouri was admitted into the Union, and the city of St. Charles served as the state's first Capitol until 1826. St. Charles soon came to be known as 'a right smart little town." . This historical marker is in St. Charles in St. Charles County Missouri

Topics and series. This historical marker is listed in these topic lists: Exploration • Government & Politics • Political Subdivisions. In addition, it is included in the Lewis & Clark Expedition series list. 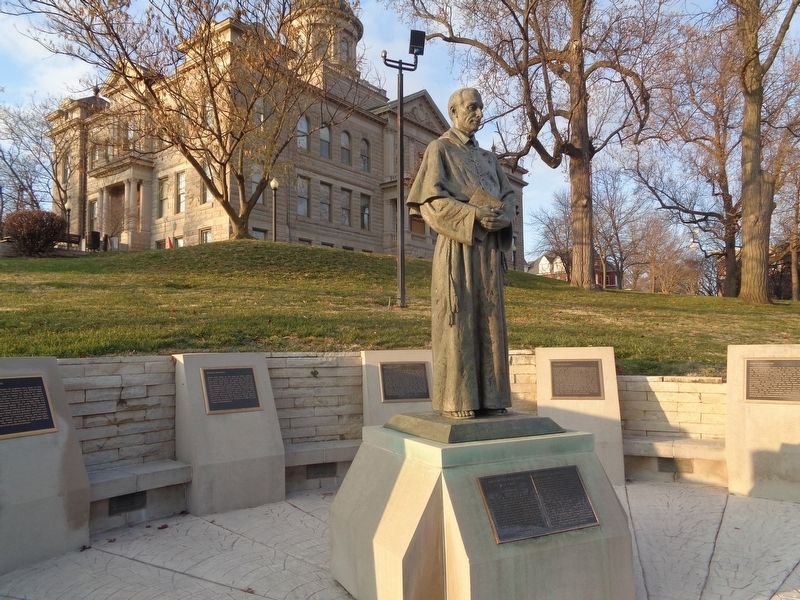