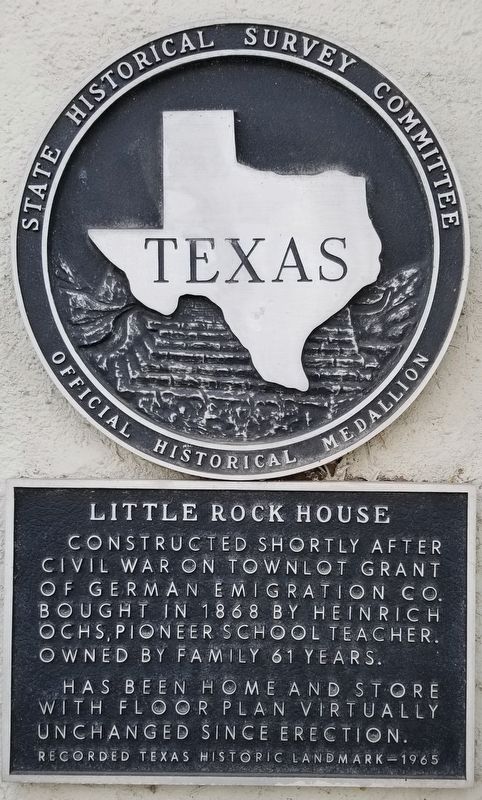 Topics. This historical marker is listed in these topic lists: Education • Industry & Commerce.

Also see . . .  Fredericksburg, TX. Each settler received one town lot and ten acres of farmland nearby. The town was laid out like the German villages along the Rhine, from which many of the colonists had come, with one long, wide main street roughly paralleling Town Creek.  Source: The Handbook of Texas (Submitted on January 2, 2021, by James Hulse of Medina, Texas.)