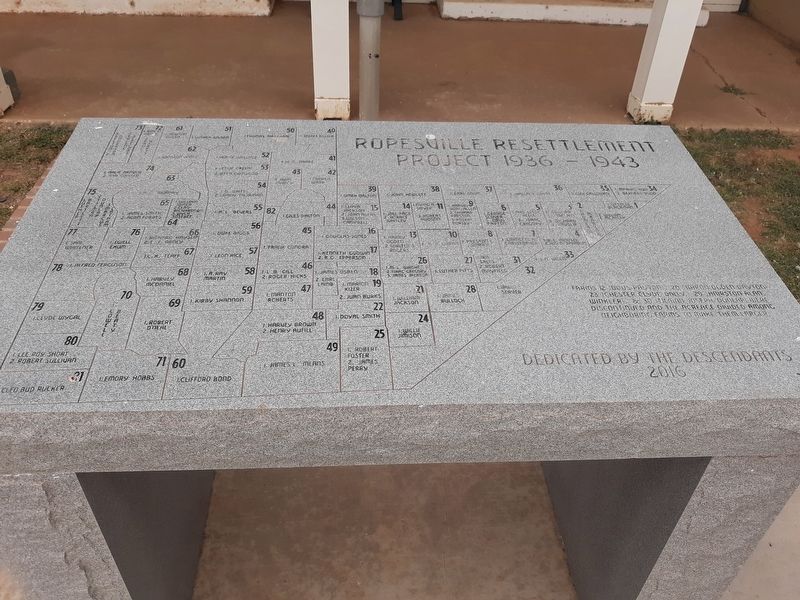 Photographed By TeamOHE, May 10, 2020
1. Ropesville Resettlement Project Marker
Inscription.
Ropesville Resettlement Project. , Farms 12 (Odus Payton), 20 (Aaron Ogden Dayton), 23 (Chester Clyde Dally), 29 (Hairston Alan Winkler), and 30 (Tilman Joseph Dunlap) were discontinued and the acreage divided among neighboring farms to make them larger. . This historical marker was erected in 2016 by The Descendants. It is in Ropesville in Hockley County Texas

Erected 2016 by The Descendants.

Regarding Ropesville Resettlement Project. “The Federal Emergency Relief Administration (FERA) was enacted in 1933 as part of U.S. President Franklin Roosevelt’s New Deal Program to aid families during the country’s Great Depression. The Rural Rehabilitation Division of that agency began in 1934 to work specifically with the problems of the nation’s farm families. The Ropesville Resettlement Program was one of 78 FERA- approved projects to help farmers re- establish themselves near the already-established town of Ropesville. Federal money was used to construct homes, wells, and farm buildings. The first 33 families, chosen for their initiative and willingness to work, settled into their new homes in 1936. By the end of 1939, a total of 77 families were working and living in the project. A community manager, assisted by a home economist, provided guidance to participants in the Ropesville program. The project ended officially in 1943, when the Ropesville Farms came under individual ownership. A community building, constructed for the people of the farms in 1939, was moved 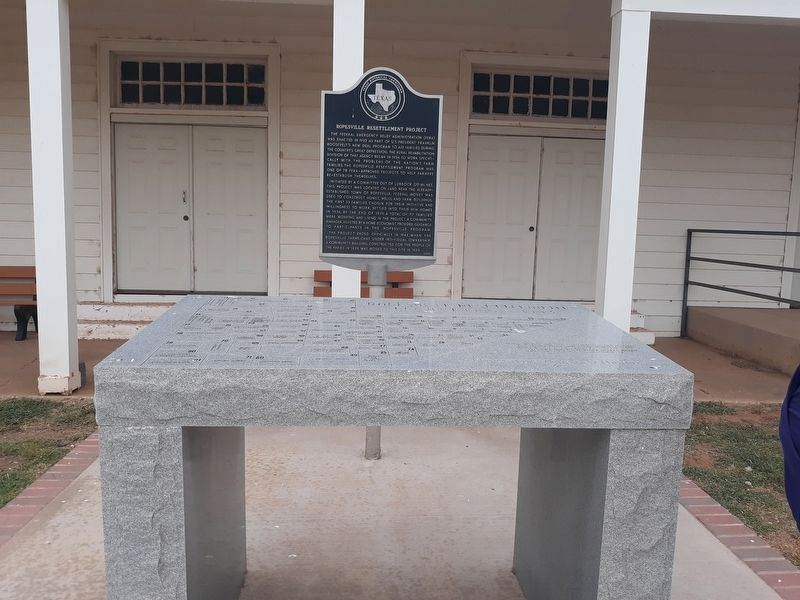