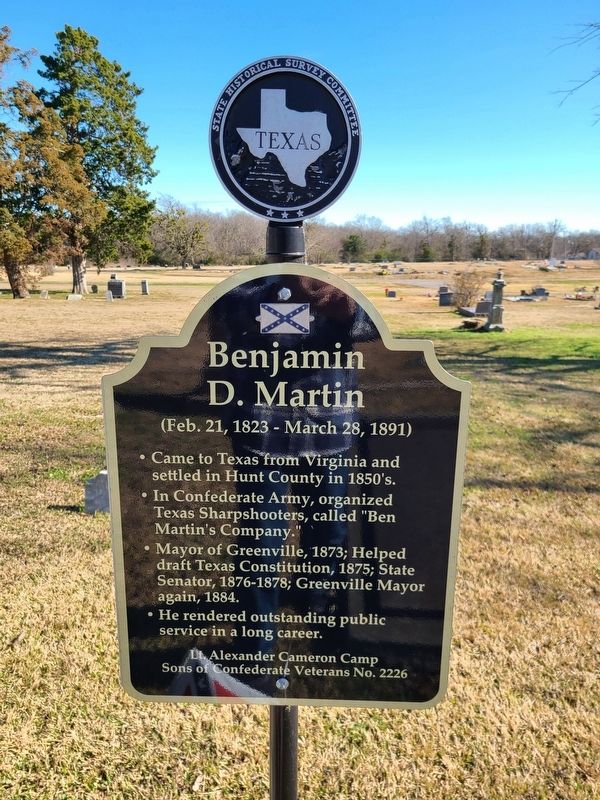 Topics. This historical marker is listed in these topic lists: Settlements & Settlers • War, US Civil.

Location. 33° 8.115′ N, 96° 5.944′ W. Marker is in Greenville, Texas, in Hunt County. Marker can be reached from Moulton Street north of Marshall Street, on the left when traveling north. Touch for map. Marker is in this post office area: Greenville TX 75401, United States of America. Touch for directions.

Other nearby markers. At least 8 other markers are within walking distance of this marker. Lallie P. Carlisle (about 300 feet away, measured in a direct line); Fred Douglass Elementary School (approx. 0.2 miles away); Greenville Cotton Compress 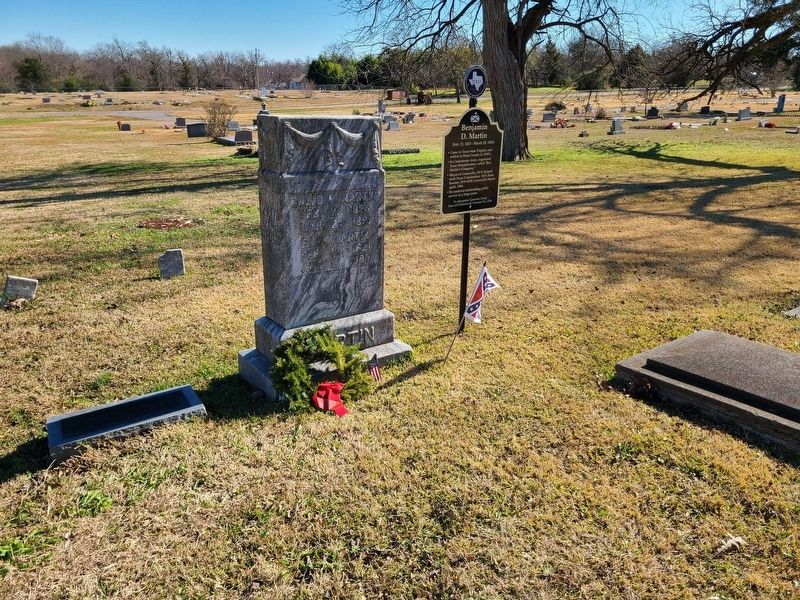