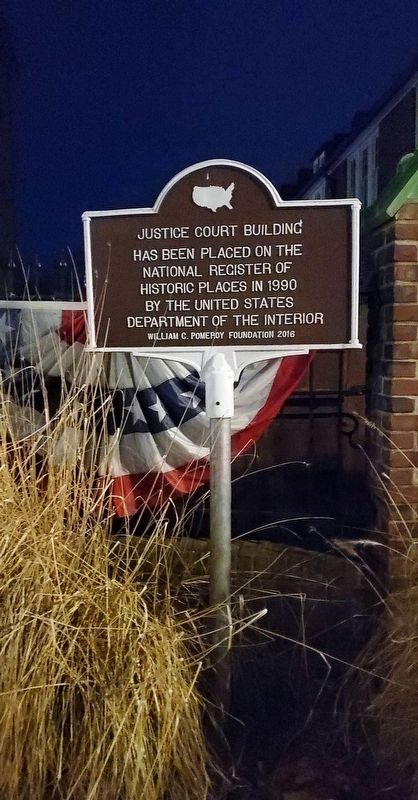 By Jordan Romano
1. Justice Court Building Marker
Inscription.
Justice Court Building. . Has Been Placed On The National Register Of Historic Places in 1990 By The United States Department of The Interior . This historical marker was erected in 2016 by William G. Pomeroy Foundation. It is in Glen Cove in Nassau County New York