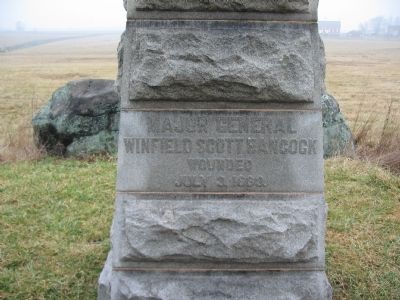 Erected 1888 by Comrades and Friends.

Location. 39° 48.527′ N, 77° 14.224′ W. Marker is in Cumberland Township, Pennsylvania, in Adams County. Memorial is on Hancock Avenue, on the left when traveling north. Located beside the Vermont State Memorial on Cemetery Ridge in Gettysburg National Military Park. Touch for map. Marker is in this post office area: Gettysburg PA 17325, United States of America. Touch for directions. 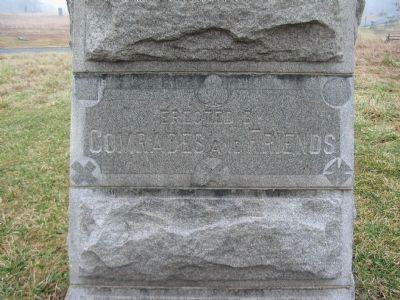 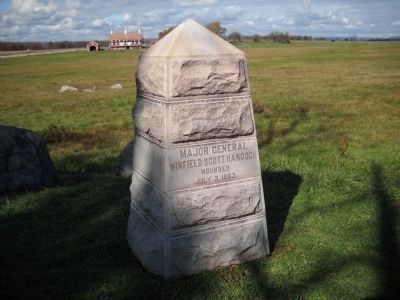 By Bill Coughlin, November 6, 2010
3. Winfield Scott Hancock Marker
The Codori farm can be seen in the background, behind the Hancock marker. 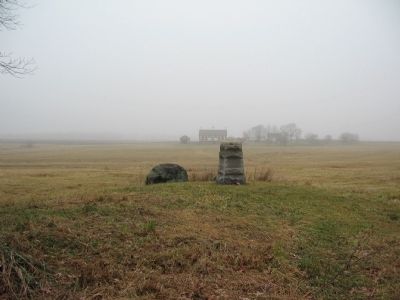 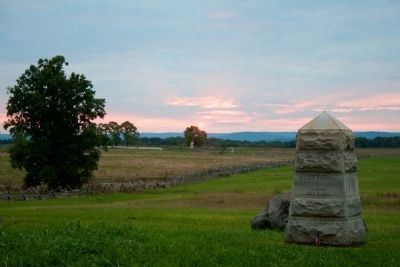 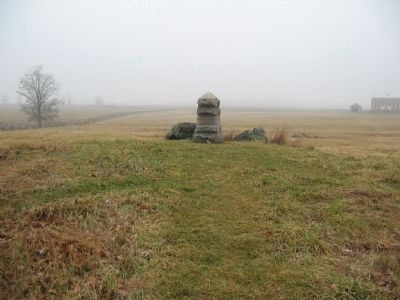