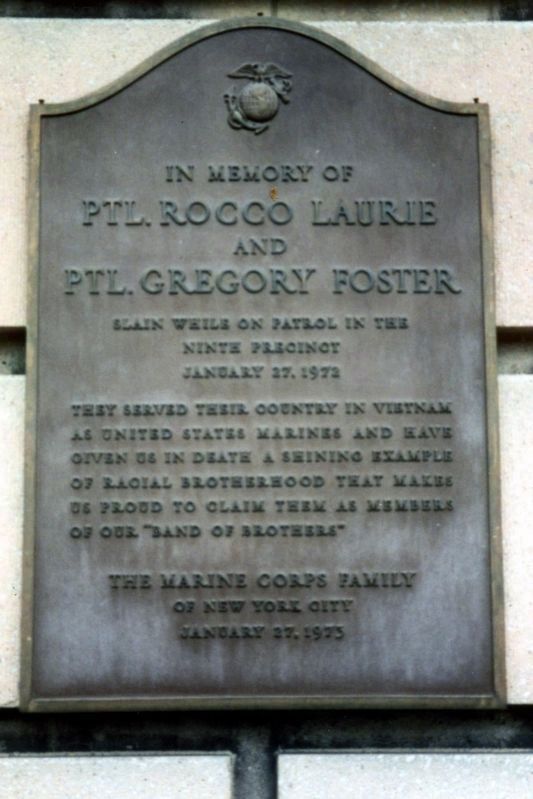 Slain while on patrol in the Ninth Precinct
January 27, 1972

Erected 1973 by The Marine Corps Family of New York City.

Location. Marker is missing. It was located near 40° 43.585′ N, 73° 59.275′ W. Marker was in New York, New York, in New York County. Marker could be reached from East 5th Street west of First Avenue, on the right when traveling east. Touch for map. Marker was at or near this postal address: 321 East 5th Street, New York NY 10003, United States of America. Touch for directions.

Other nearby markers. At least 8 other markers are within walking distance of this location. General Slocum Disaster Centennial (about 300 feet away, measured in a direct line); (Collegiate) Reformed Protestant Dutch Church (about 500 feet away); Site of the Fillmore East (1968-1971) 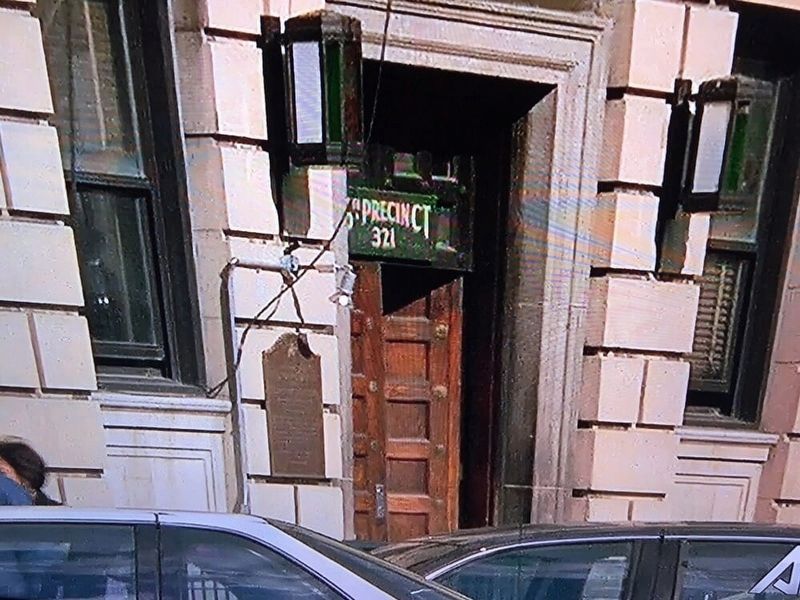 More about this marker. While the 9th Precinct house was being renovated in the early 2010s, the plaque was moved inside the lobby. 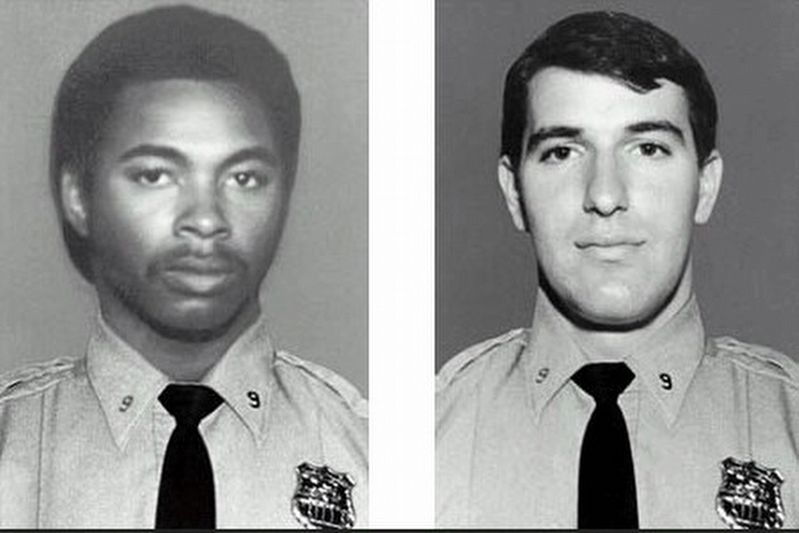 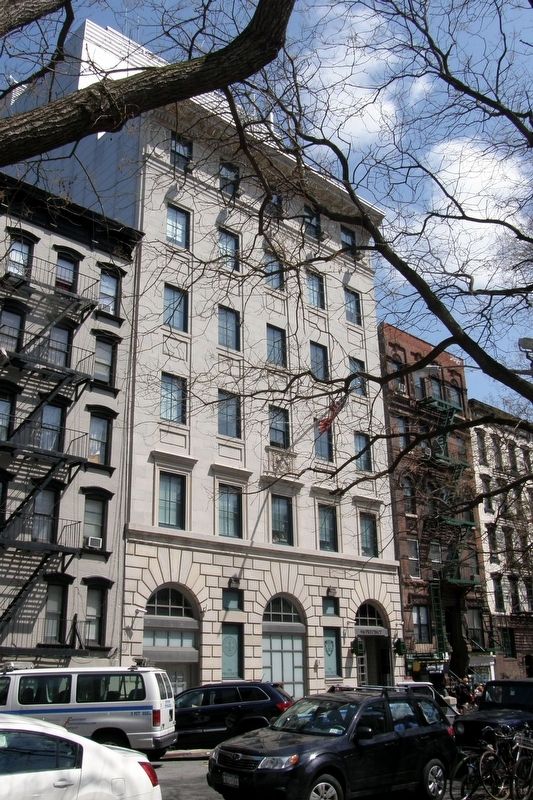 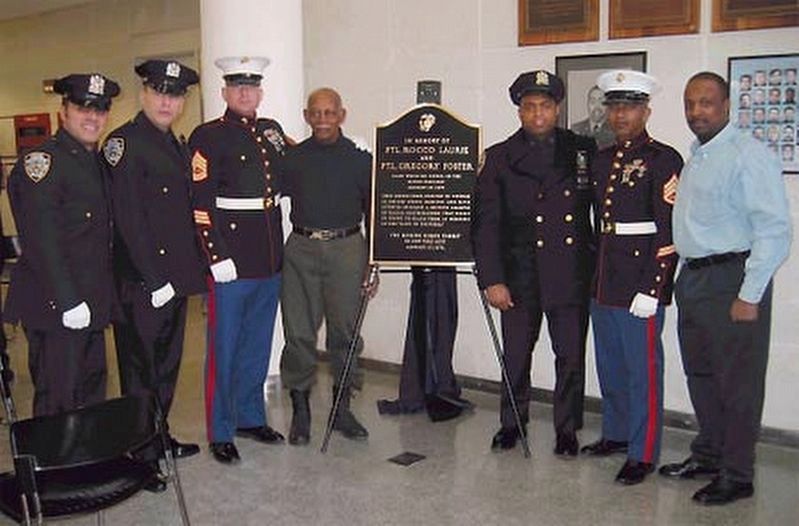 via NYCOP Online Magazine, unknown
5. In Memory Ptl. Rocco Laurie and Ptl. Gregory Foster plaque
The unveiling of the restored USMC Plaque at the 9th Precinct. An USMC Honor Guard and 9th Precinct members with the father of Gregory Foster. 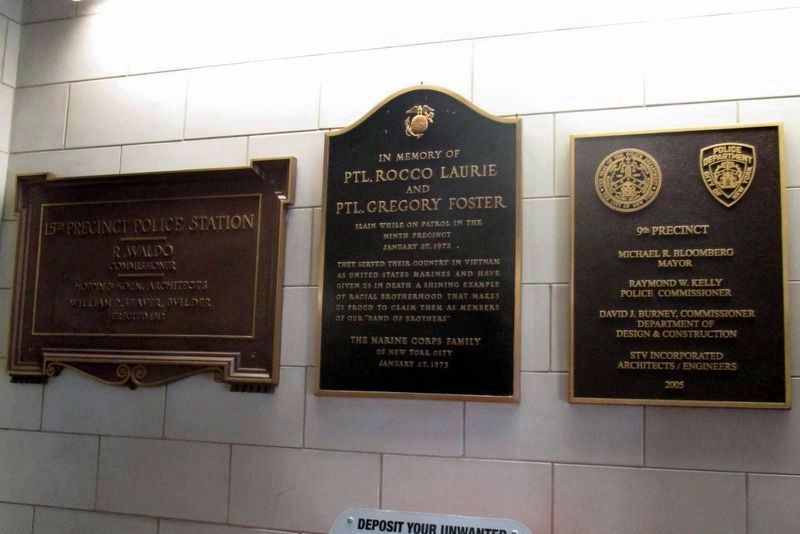