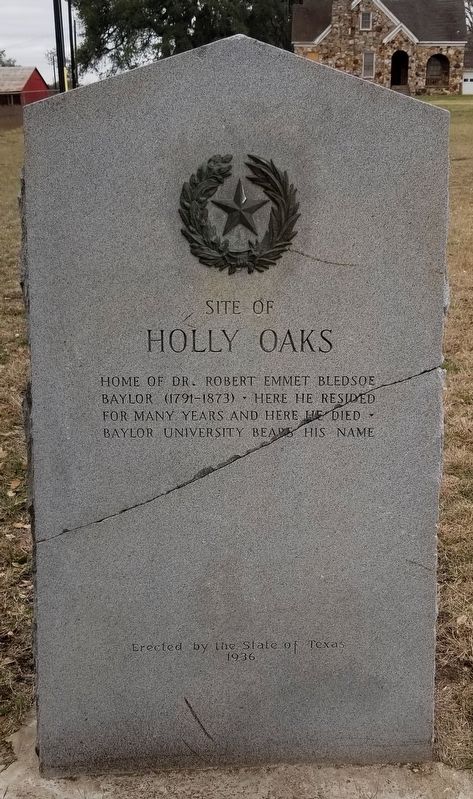 By James Hulse, January 8, 2021
1. Site of Holly Oaks Marker
Inscription.
Site of Holly Oaks. . . . Home of Dr. Robert Emmett Bledsoe . Baylor (1791-1873) . Here he resided . for many years and here he died . . Baylor University bears his name . This historical marker was erected in 1936 by State of Texas. It is Near Brenham in Washington County Texas

Home of Dr. Robert Emmett Bledsoe
Baylor (1791-1873) • Here he resided
for many years and here he died •
Baylor University bears his name

Topics and series. This historical marker is listed in this topic list: Education. In addition, it is included in the Texas 1936 Centennial Markers and Monuments series list.

Other nearby markers. At least 8 other markers are within 5 miles of this marker, measured as the crow flies. Site of Mound Hill School (about 600 feet away, measured in a direct line); Oak Rest Cemetery and Site of Prospect Presbyterian Church (approx. 0.8 miles away); La Bahia Road (approx. 2.2 miles away); Thomas Affleck (approx. 3 miles away); Robert Starke Armistead

By James Hulse, January 8, 2021
2. A view of the Site of Holly Oaks Marker from the road
(approx. 3 miles away); Glenblythe Plantation, Home of Thomas Affleck (approx. 3.3 miles away); Waul's Texas Legion Campsite (approx. 3.9 miles away); Yegua Creek (approx. 5 miles away). Touch for a list and map of all markers in Brenham.

Also see . . .  Robert Emmett Bledsoe Baylor (1793–1873). His father had been a captain in the Continental Army during the American Revolution, in a company of dragoons that often assisted George Washington. Baylor received his formal education at a country school and at academies around Paris, Kentucky. After service in the War of 1812 he studied law in the office of his uncle, Judge Jesse Bledsoe, and was elected in 1819 to the Kentucky legislature.  Source: The Handbook of Texas (Submitted on January 12, 2021, by James Hulse of Medina, Texas.) 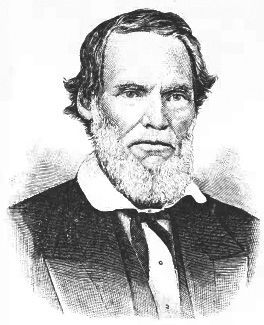