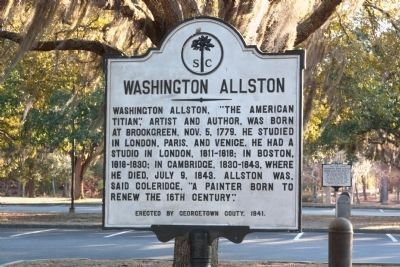 Photographed By J. J. Prats, February 14, 2011
1. Washington Allston Marker
The nearby Theodosia Burr Alston marker can be seen to the right in the background.
Inscription.
Washington Allston, “the American Titian,” artist and author, was born at Brookgreen, Nov. 5, 1779. He studied in London, Paris, and Venice. He had a studio in London 1811–1818; in Boston 1818–1830; in Cambridge, 1830–1843, where he died, July 9, 1843. Allston was, said Coleridge, a painter born to renew the 16th century. . This historical marker was erected in 1941 by Georgetown County. It is Near Murrells Inlet in Georgetown County South Carolina

Topics. This historical marker is listed in this topic list: Arts, Letters, Music. A significant historical month for this entry is July 1901.

Location. 33° 31.08′ N, 79° 5.746′ W. Marker is near Murrells Inlet, South Carolina, in Georgetown County. Marker is on Henry Flagg Loop near William Alston Loop, in the median. It is in the main parking lot at the Welcome Center in one of the medians. There is a per person fee to enter the gardens. Once paid it grants the bearer access for seven consecutive days. Touch for map. Marker is at or near this postal address: 1931 Brookgreen Garden Drive, Murrells Inlet SC 29576, United States of America. Touch for directions.

Other nearby markers. At least 8 other markers are within 3 miles of this marker, measured as the crow flies. Brookgreen Plantation (a few steps from this marker); Washington’s Visit 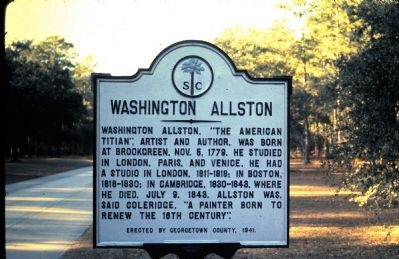 More about this marker. Maker was originally erected on William Alston Loop (then Allston Circle Drive). The four markers spaced along the drive were removed by the Gardens for a few years before being placed together in the parking lot in 2010. 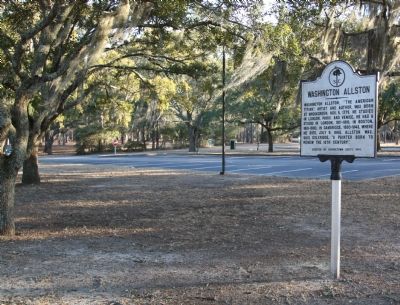 Photographed By J. J. Prats, February 14, 2011
3. Washington Allston Marker
Marker is now in one of the medians in the parking lot at the Welcome Center. 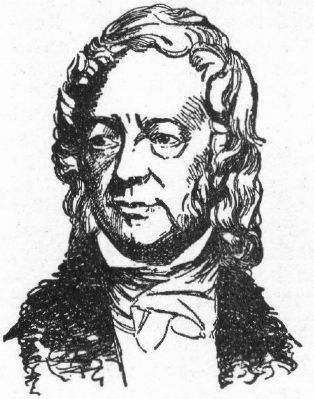