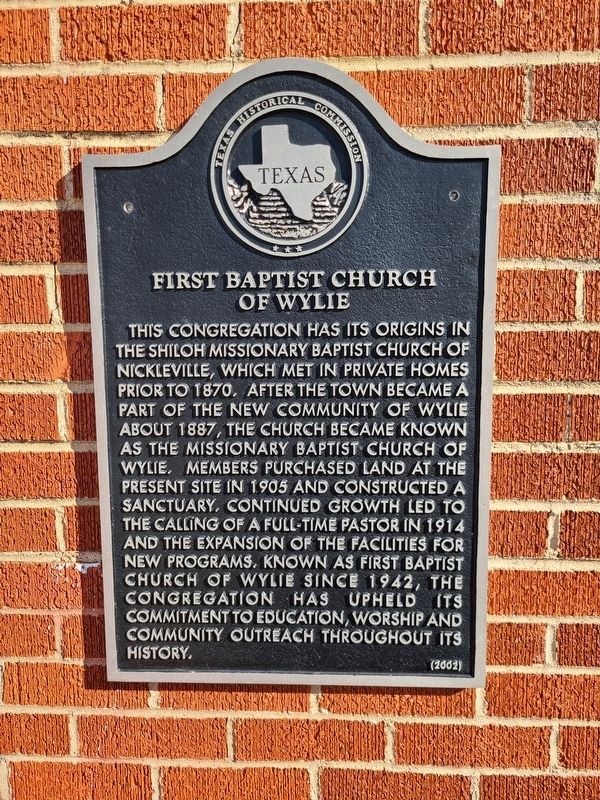 This congregation has its origins in the Shiloh Missionary Baptist Church of Nickleville, which met in private homes prior to 1870. After the town became a part of the new community of Wylie about 1887, the church became known as the Missionary Baptist Church of Wylie. Members purchased land at the present site in 1905 and constructed a sanctuary. Continued growth led to the calling of a full-time pastor in 1914 and the expansion of the facilities for new programs. Known as first Baptist Church of Wylie since 1942, the congregation has upheld its commitment to education, worship and community outreach throughout its history. 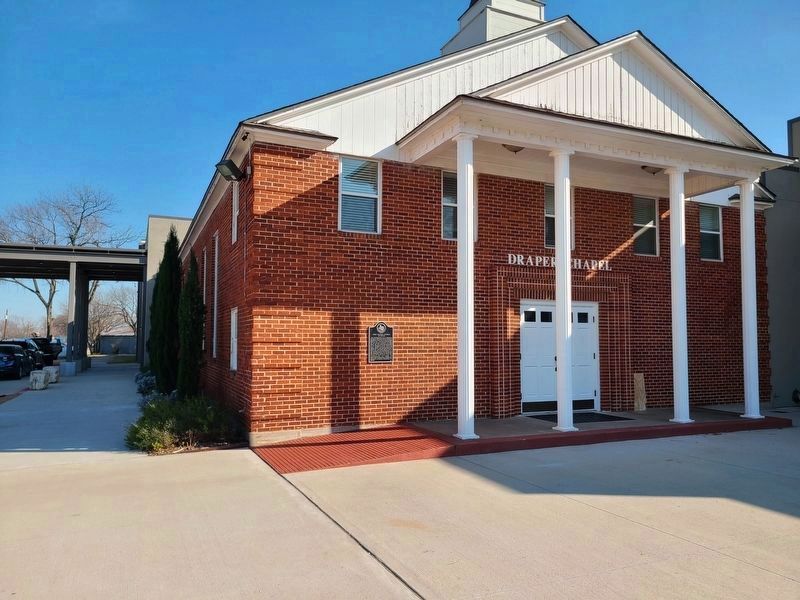