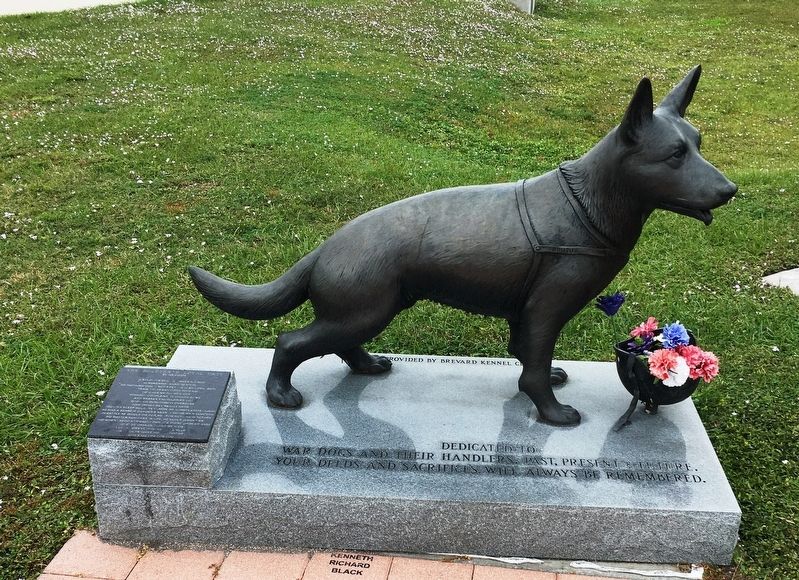 By Brandon D Cross, January 3, 2021
1. War Dogs Marker
Inscription.
War Dogs. Veterans Memorial Center. Dedicated to war dogs and their handlers, past, present & future. Your deeds and sacrifices will always be remembered. . This memorial was erected by Brevard Kennel Club. It is in Merritt Island in Brevard County Florida

Dedicated to war dogs and their handlers, past, present & future. Your deeds and sacrifices will always be remembered.

Topics. This memorial is listed in these topic lists: Animals • Military.

Location. 28° 21.088′ N, 80° 40.98′ W. Marker is in Merritt Island, Florida, in Brevard County. Memorial can be reached from the intersection of South Sykes Creek Parkway and Fortenberry Road, on the right when traveling north. The marker is located within the Veterans Memorial Plaza part of the Veterans Memorial Center. Touch for map. Marker is at or near this postal address: 304 S Sykes Creek Pkwy, Merritt Island FL 32952, United States of America. Touch for directions. 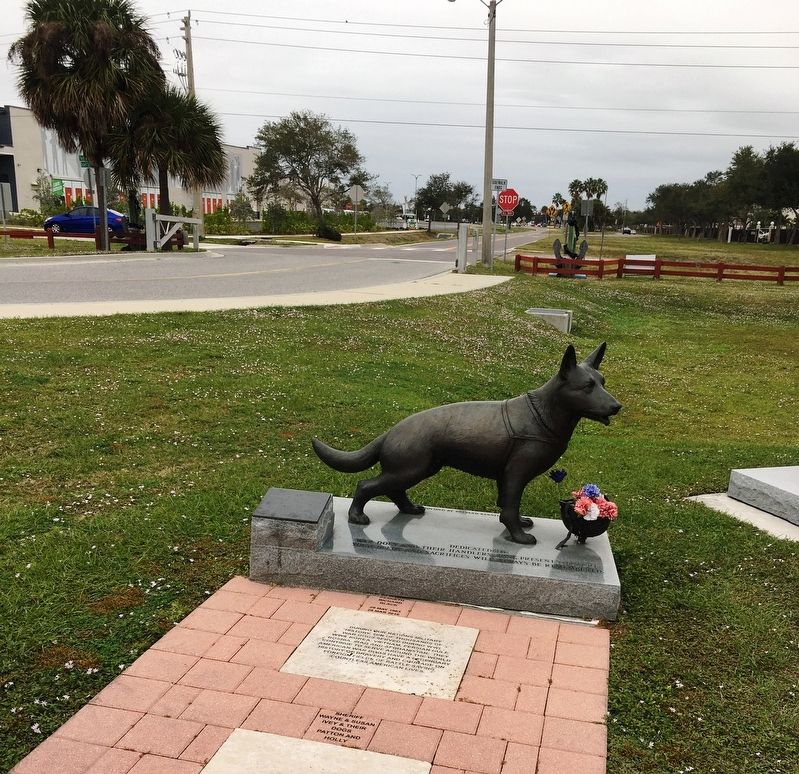 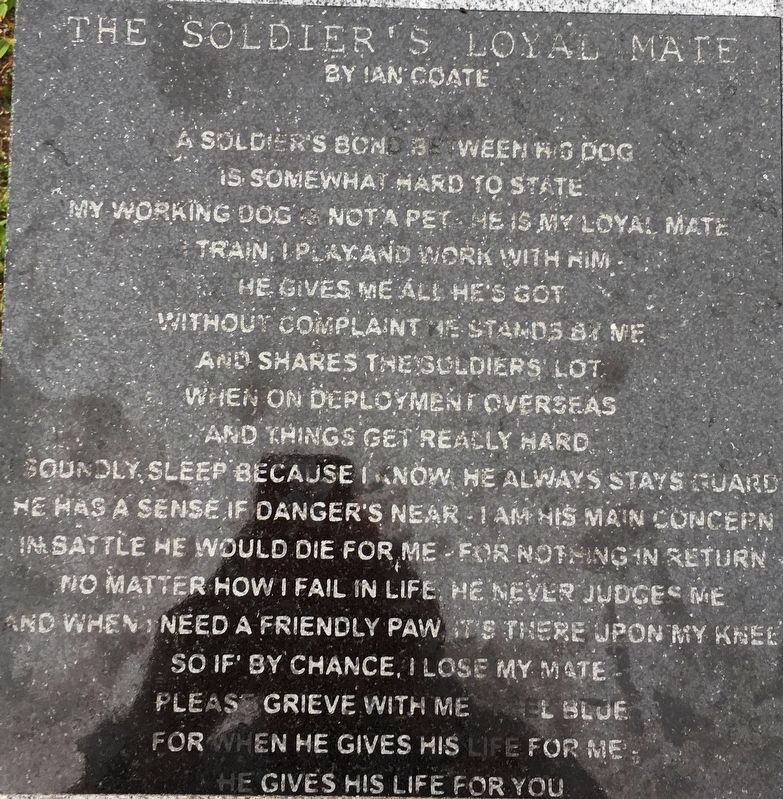 By Brandon D Cross, January 3, 2021
3. The Soldier’s Loyal Mate by Ian Coate
A Soldier’s bond between his dog is somewhat hard to state.
My working dog is not a pet he is my loyal mate. I train, I play
and work with him. He gives me all he’s got without complaint. He stands by me and shares the soldier’s lot. When on deployment overseas and things get really hard I soundly sleep because I know he always guard. He has a sense if danger’s near, I am his main concern. In battle he would die for me for nothing in return. No matter how I fail in life he never judges me and when I need a friendly paw it’s there on my knee. So if by chance I lose my mate please grieve with me Feel blue for when he gives his life for me, he gives his life for you. 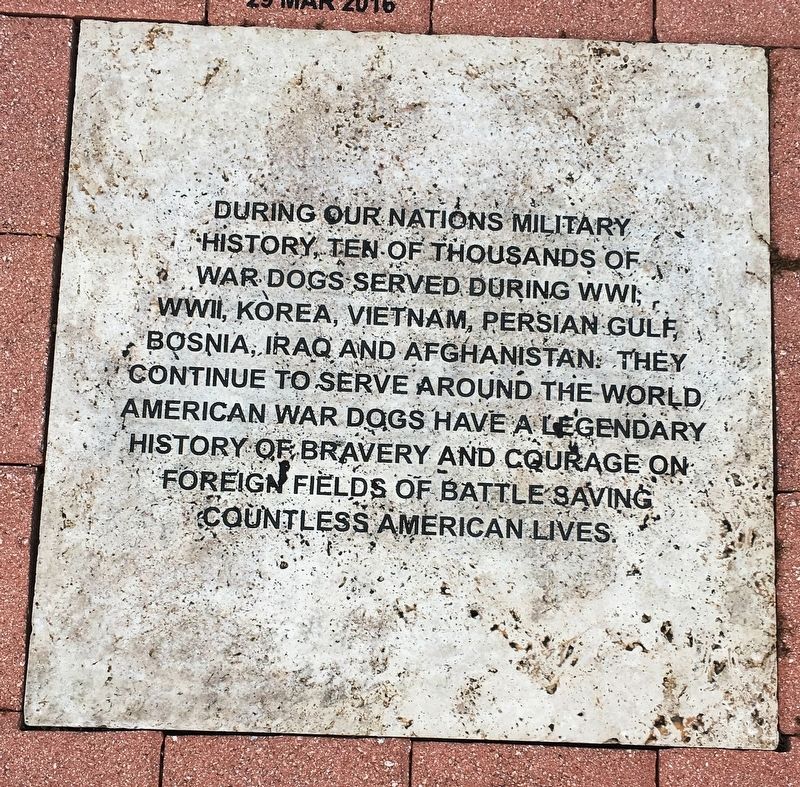