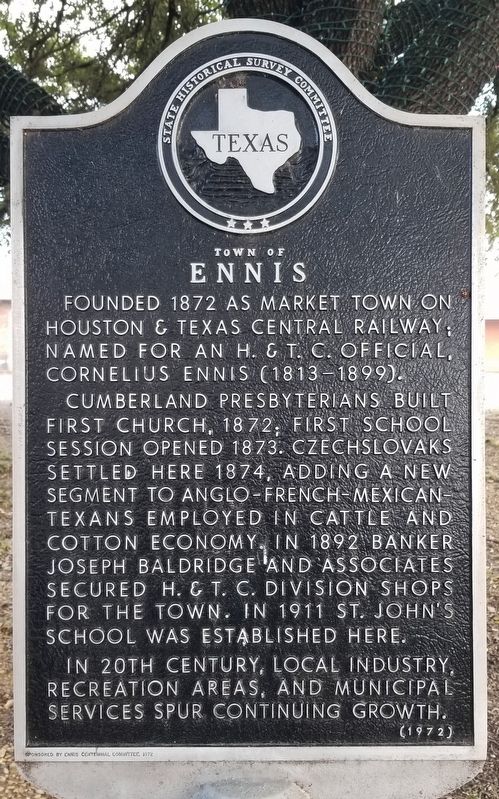 By James Hulse, January 11, 2021
2. Town of Ennis Marker
north on Northwest Main Street. The marker is located in the southwest corner of the Pierce Park. Touch for map. Marker is in this post office area: Ennis TX 75119, United States of America. Touch for directions.