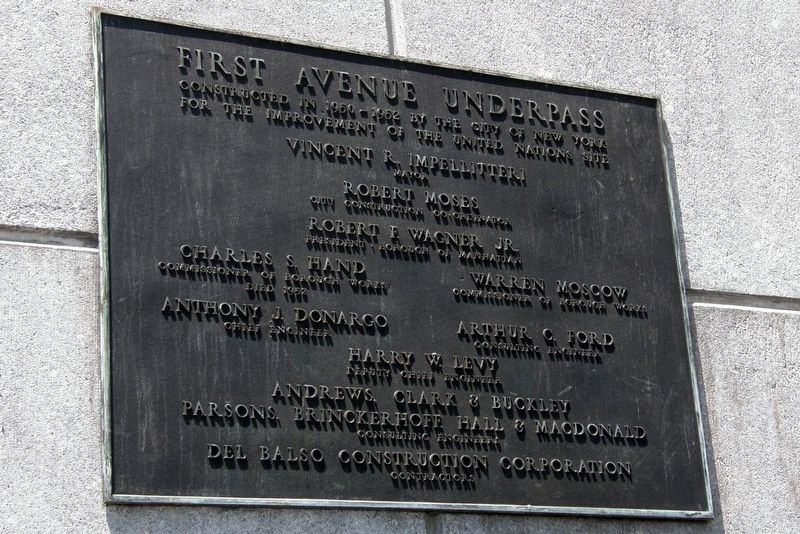 Other nearby markers. At least 8 other markers are within walking distance of this marker. Trygve Lie Plaza (a few steps from this marker); Trygve Halvdan Lie 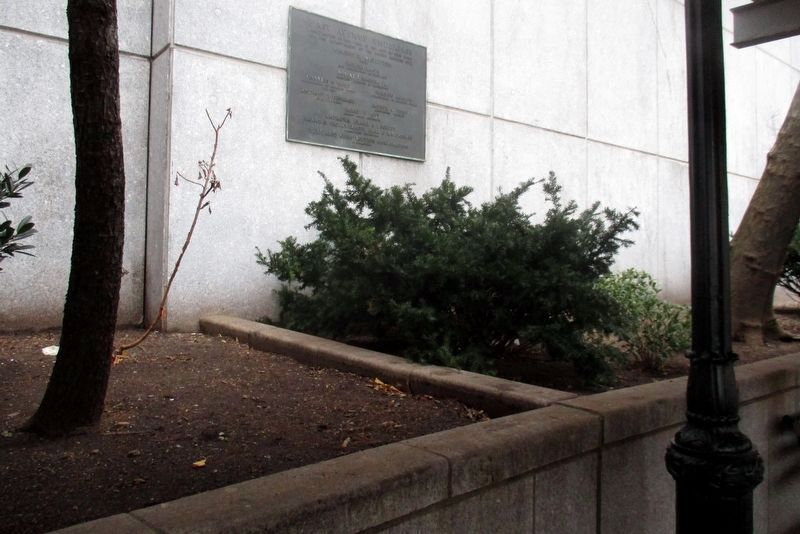 Regarding First Avenue Underpass.
The tunnel's main function was to keep traffic flowing on First Avenue when the local streets were closed during U.N. sessions. Now, all traffic is in the area is frozen when that happens, so it's just another way uptown. 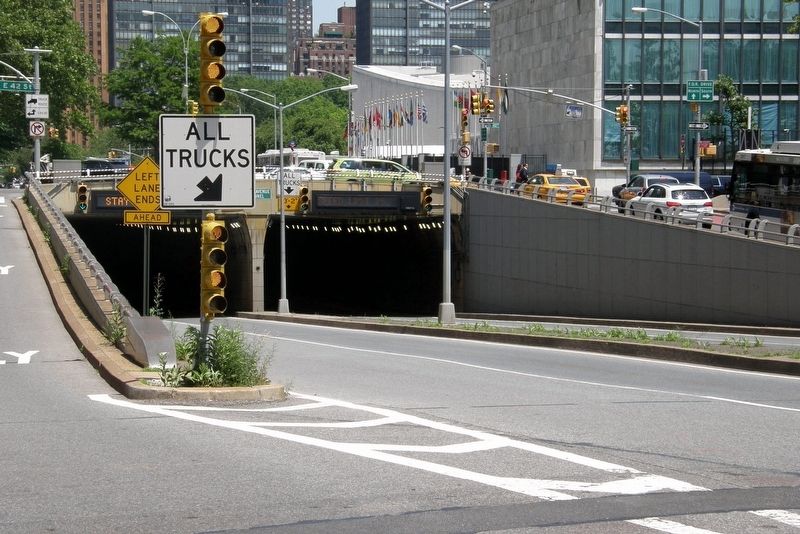