In memory of employees of
The Dallas Division who
gave their lives for their
country in World War II
Named in honor of
Sgt. W.T. Pierce Jr.
First to die in combat

Location. 32° 19.72′ N, 96° 37.657′ W. Marker is in Ennis, Texas, in Ellis County. Memorial is at the intersection of Northwest Main Street and West Knox Street, on the right when traveling north on Northwest Main Street. The Memorial is located at the Pierce Park along the railroad tracks. Touch for map. Marker is in this post office area: Ennis TX 75119, United States of America. Touch for directions. 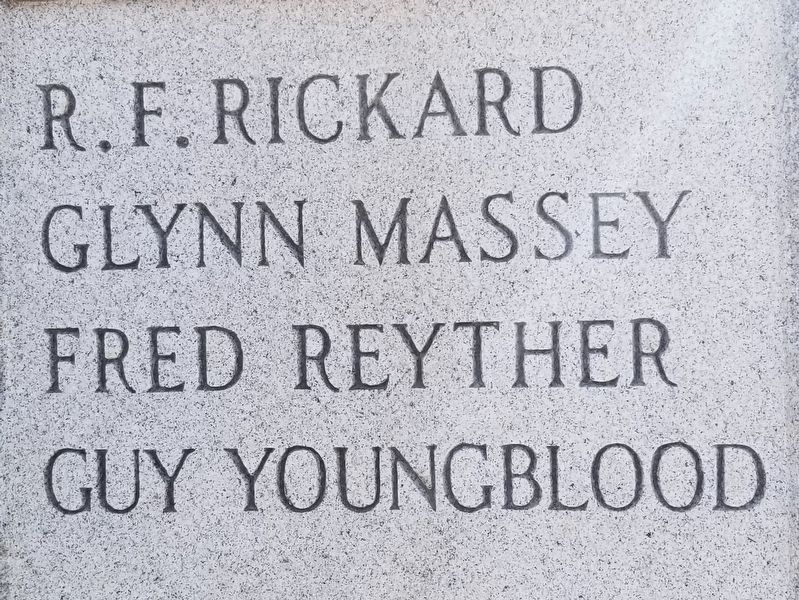 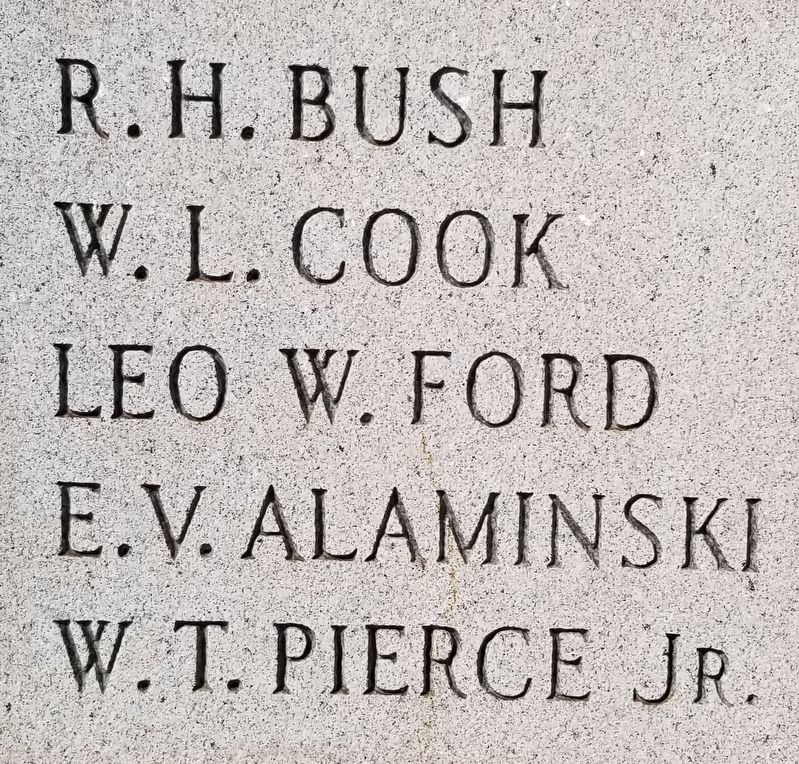