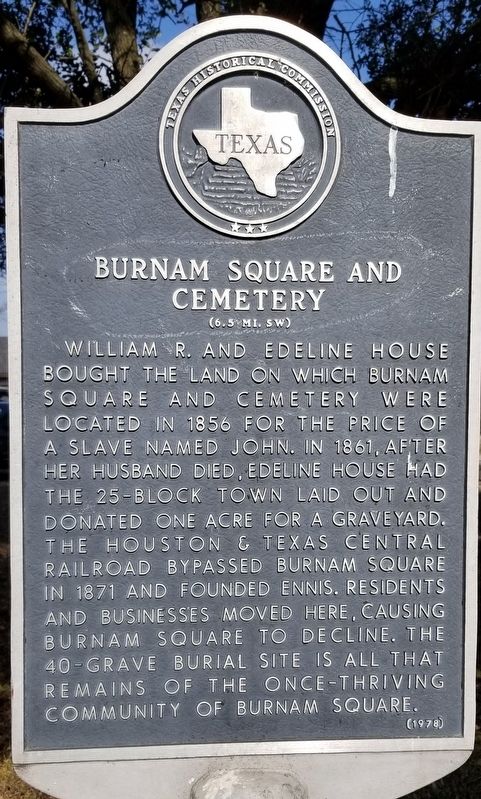 William R. and Edeline House bought the land on which Burnam Square and Cemetery were located in 1856 for the price of a slave named John. In 1861, after her husband died, Edeline House had the 25-block town laid out and donated one acre for a graveyard. The Houston and Texas Central Railroad bypassed Burnam Square in 1871 and founded Ennis. Residents and businesses moved here, causing Burnam Square to decline. The 40-grave burial site is all that remains of the once thriving community of Burnam Square.

Also see . . .  Burnham, TX. The Handbook of Texas website entry:
When the Houston and Texas Central Railway bypassed Burnham on its way to Ennis in 1872, many of Burnham's businesses were moved to be on the railroad. It had originally been planned that the railroad would go through Burnham, but railroad officials changed the route. Several men from Burnham went to Ennis with guns demanding the railroad for their community. In the ensuing shoot-out one person was killed and several wounded.  (Submitted on January 17, 2021, by James Hulse of Medina, Texas.)