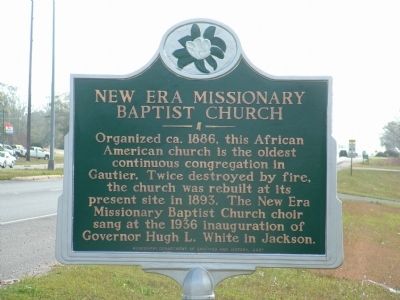 Organized ca. 1886, this African American church is the oldest continuous congregation in Gautier. Twice destroyed by fire, the church was rebuilt at its present site in 1893. The New Era Missionary Baptist Church choir sang at the 1936 inauguration of Governor Hugh L. White in Jackson.

Erected 2007 by Mississippi Department of Archives and History.

Topics and series. This historical marker is listed in these topic lists: African Americans • Churches & Religion. In addition, it is included in the Mississippi State Historical Marker Program series list. A significant historical year for this entry is 1886.

Other nearby markers. At least 8 other markers are within walking distance of this marker. Gautier School (approx. ¼ mile away); Historic Gautier Cemetery (approx. half a mile away); The Old Place (approx. 0.6 miles away); Fernando Gautier and Sons Sawmill (approx. 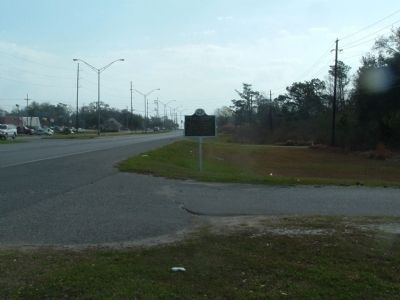 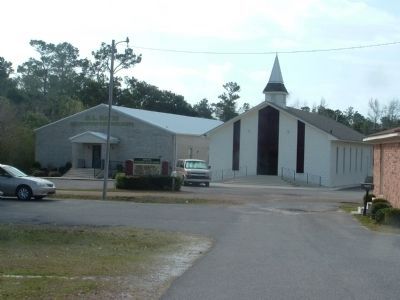