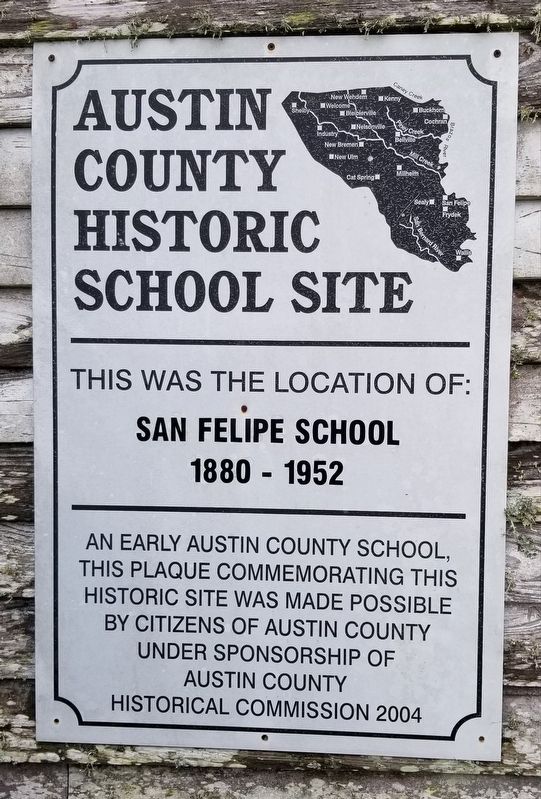 An early Austin County School, this plaque commemorating this historic site was made possible by citizens of Austin County under sponsorship of
Austin County Historical Commission 2004

Also see . . .  San Felipe, Texas. TX.San Felipe de Austin, on the west bank of the Brazos River at the Old San Antonio Road crossing, a site now on Interstate Highway 10 two miles east of Sealy in southeastern Austin County, was founded in 1824 by Stephen F. Austin as the unofficial capital of his colony. It became the first urban center in the Austin colony, which stretched northward from the Gulf of Mexico as far as the Old San Antonio Road and extended from the Lavaca River in the west to the San Jacinto River in the east.  Source: The Handbook of Texas (Submitted on January 24, 2021, by James Hulse of Medina, Texas.)