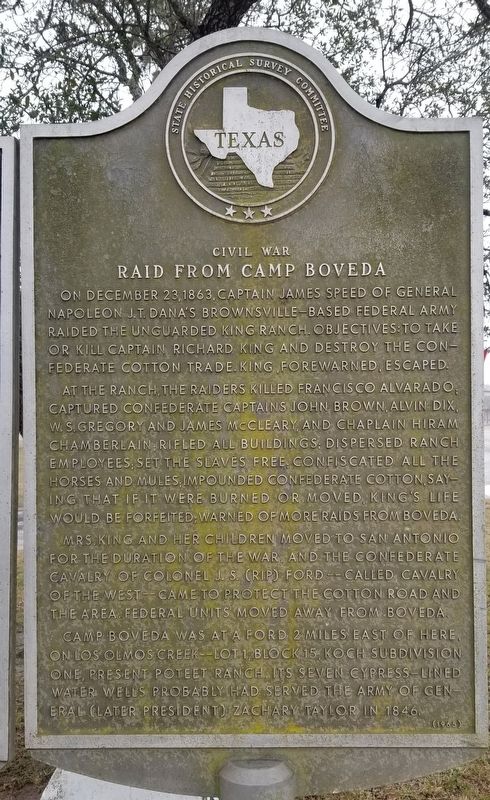 Mrs. King and children moved to San Antonio for the duration of the war, and the Confederate cavalry of Colonel J.S. (Rip) Ford - Called Cavalry of the West - came to protect the cotton road and the area. Federal units moved away from Boveda.

By James Hulse, January 20, 2021
2. The Civil War Raid From Camp Boveda Marker is on the right of the two markers
President) Zachary Taylor in 1846.

Topics. This historical marker is listed in these topic lists: War, Mexican-American • War, US Civil.