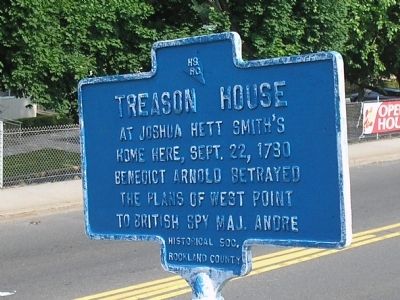 Topics and series. This historical marker is listed in these topic lists: Military • Notable Events • War, US Revolutionary. In addition, it is included in the New York, Historical Society of Rockland County series list. A significant historical month for this entry is September 1848.

Location. 41° 13.072′ N, 73° 59.188′ W. Marker is in West Haverstraw, New York, in Rockland County. Marker is on S Liberty Drive (U.S. 9W), on the left when traveling north. Marker is located in front of the service department of the Ford dealership, south of the Helen Hayes Hospital. Touch for map. Marker is in this post office area: West Haverstraw NY 10993, United States of America. Touch for directions. 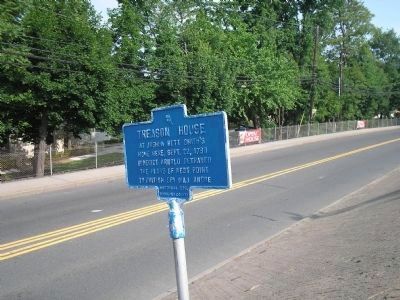 By Bill Coughlin, June 7, 2008
2. West Haverstraw Marker
In a house on this site, Benedict Arnold met with British Maj. John Andre to deliver West Point to the British for ten thousand pounds sterling and a brigadier's commission in the British army.

Related marker. Click here for another marker that is related to this marker. A Marker at the Treason Site. 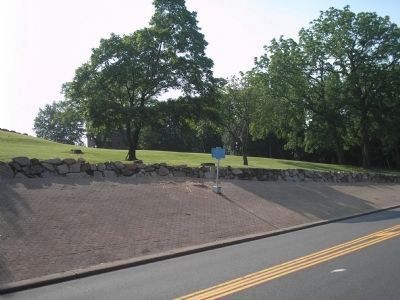 By Bill Coughlin, June 7, 2008
3. Marker on S Liberty Drive
Maj. Andre was captured before he could bring Arnold's plans to his superiors. He was later tried, found guilty and executed. Arnold escaped, and served out the remainder of the war fighting for the British. 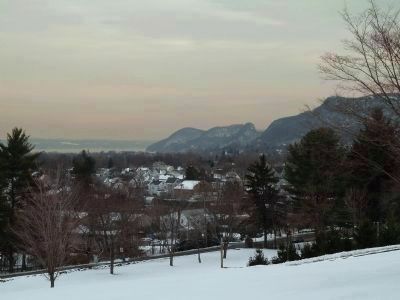