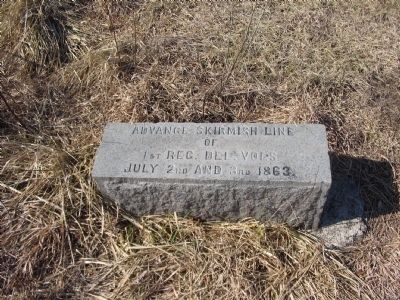 Location. 39° 49.016′ N, 77° 14.51′ W. Marker is near Gettysburg, Pennsylvania, in Adams County. Marker can be reached from Long Lane, on the left when traveling west. Located near the site of the Bliss farm in Gettysburg National Military Park. Touch for map. Marker is in this post office area: Gettysburg PA 17325, United States of America. Touch for directions. 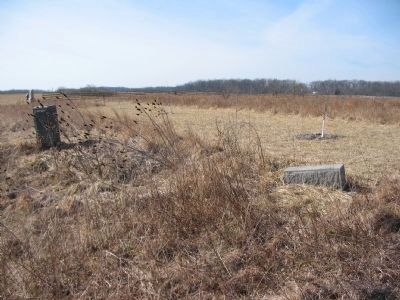 Related markers. Click here for a list of markers that are related to this marker. 1st Delaware at Gettysburg. 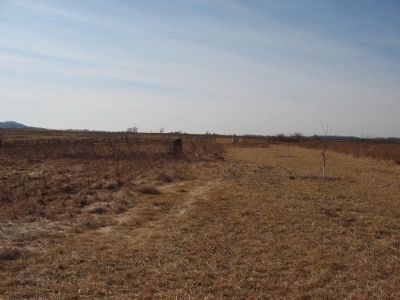 By Craig Swain, February 21, 2009
3. Site of the Bliss House and Barn
Looking south down the line of markers at the Bliss farm site. The house stood near the location of the 1st Delaware and Bliss House (14th Connecticut) markers. The barn stood beyond the fence line. The 1st Delaware was among several regiments that posted skirmishers forward to the Bliss farm in order harass and keep watch on the Confederate lines on Seminary Ridge.
Credits. This page was last revised on June 16, 2016. It was originally submitted on March 1, 2009, by Craig Swain of Leesburg, Virginia. This page has been viewed 1,011 times since then and 31 times this year. Photos:   1, 2, 3. submitted on March 1, 2009, by Craig Swain of Leesburg, Virginia.
Share This Page.