Site of the Bliss House 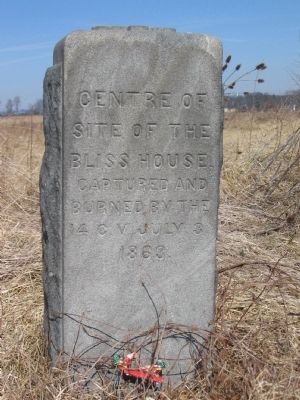 Topics. This historical marker is listed in this topic list: War, US Civil. A significant historical month for this entry is July 1625.

Location. 39° 49.013′ N, 77° 14.513′ W. Marker is in Cumberland Township, Pennsylvania, in Adams County. Marker can be reached from Long Lane, on the left when traveling west. Located near the site of the Bliss farm in Gettysburg National Military Park. Touch for map. Marker is in this post office area: Gettysburg PA 17325, United States of America. Touch for directions. 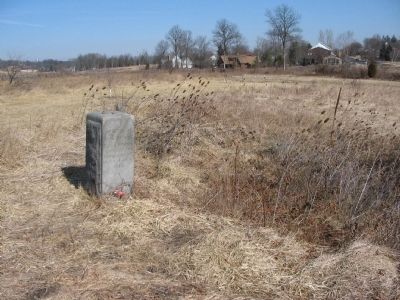 Photographed By Craig Swain, February 21, 2009
2. Site of the Bliss House Marker
On top of the marker is a trefoil, the symbol of the Second Corps. 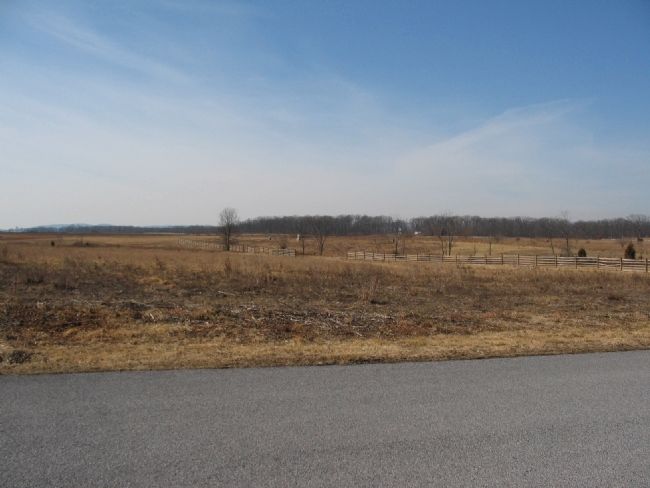