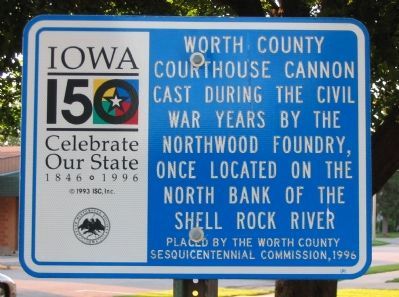 Cast during the Civil
War years by the
Northwood Foundry,
once located on the
north bank of the
Shell Rock River.

Erected 1996 by the Worth County Sesquicentennial Commission.

Topics. This historical marker is listed in this topic list: War, US Civil. A significant historical year for this entry is 1846. 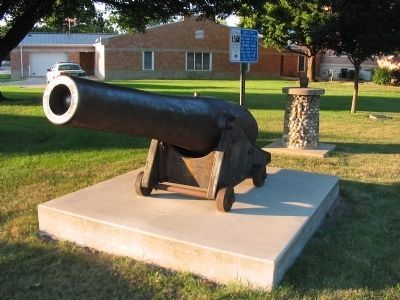 Photographed By Keith L, July 22, 2008
2. Worth County Courthouse Cannon and Marker
The cannon is an 8-inch Columbiad, Model of 1861, commonly called a "Rodman" after its inventor Thomas J. Rodman. The gun was designed for use in seacoast fortifications.

Also see . . .  Iowa Civil War Monuments. "[It] has a sign that implies that it was manufactured at the Northwood Foundry; however, it was cast at the Fort Pitt Foundry in Pittsburg in 1864 while only the carriage was actually manufactured here." (Submitted on March 1, 2009.) 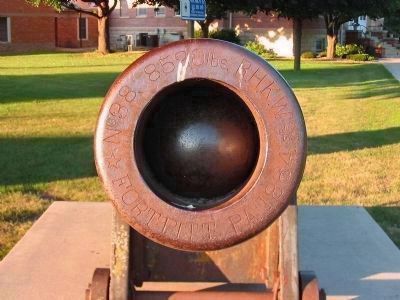