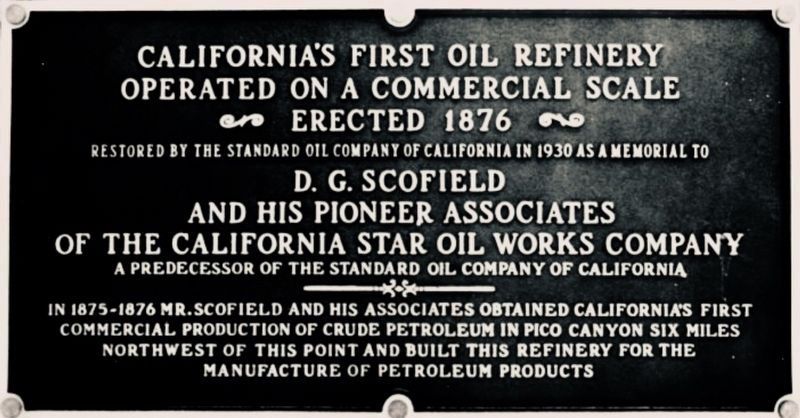 California's first oil refinery operated on a commercial scale, erected 1876. Restored by the Standard Oil Company of California in 1930 as a memorial to D. G. Scofield and his pioneer associates of the California Star Oil Works company, a predecessor of the Standard Oil Company of California. In 1875-1876 Mr. Scofield and his associates obtained California's first commercial production of crude petroleum in Pico Canyon six miles northwest of this point and built this refinery for the manufacture of petroleum products.

Topics and series. This historical marker is listed in these topic lists: Industry & Commerce • Natural Resources. In addition, it is included in the California Historical Landmarks series list. 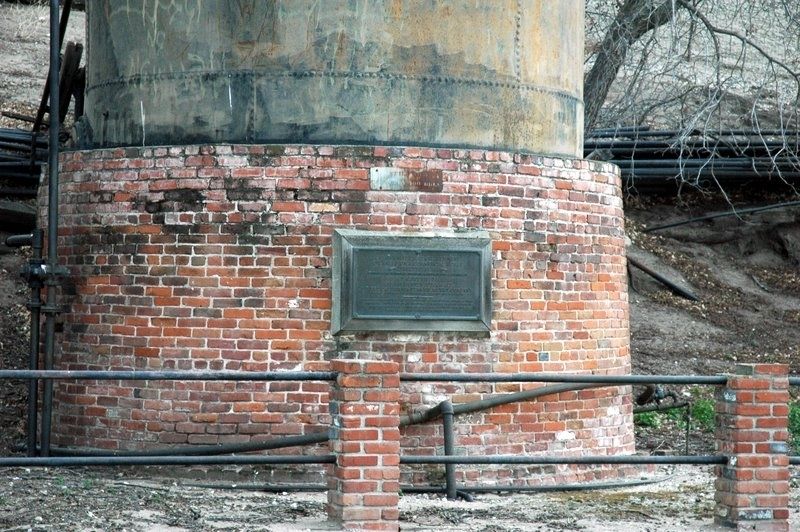 By Chris Bell, January 15, 2012
2. Pioneer Oil Refinery Marker
0.1 miles east of Pine Street on a dirt driveway through a rural industrial area surrounded by construction equipment. Touch for map. Marker is at or near this postal address: 23864 Pine St, Newhall CA 91321, United States of America. Touch for directions.

More about this marker. The refinery is surrounded by a fence and can be viewed from a distance, if the access road is open.

Construction of a modern industrial park began in 2021, which will include improvements to this historic site.

In 1984, Standard Oil of California changed its name to Chevron.

Related markers. Click here for a list of markers that are related to this marker. — Pico Canyon oil production markers. 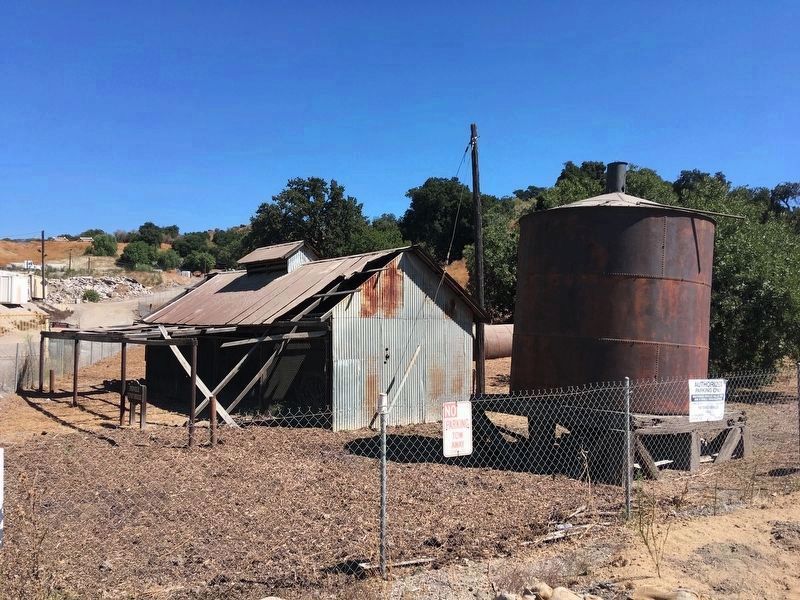 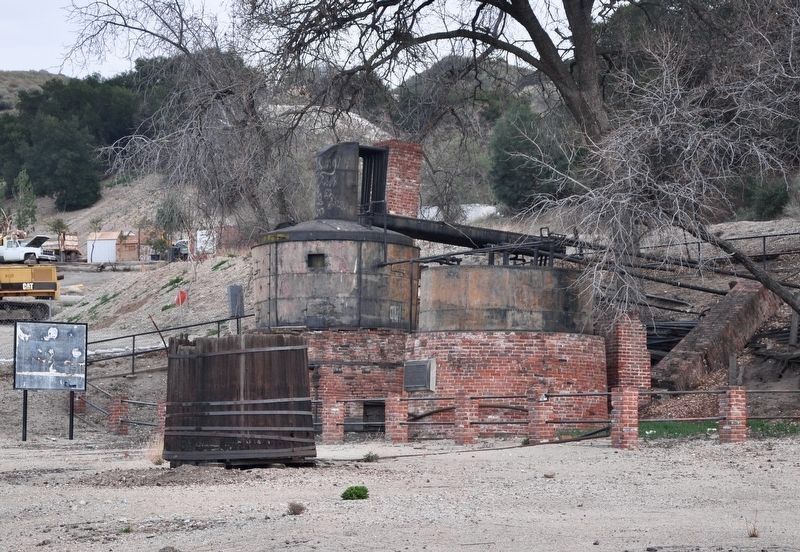 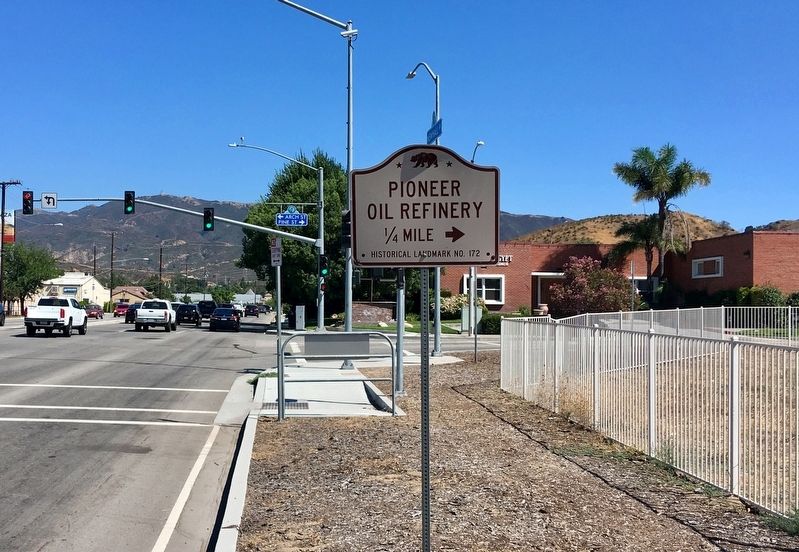