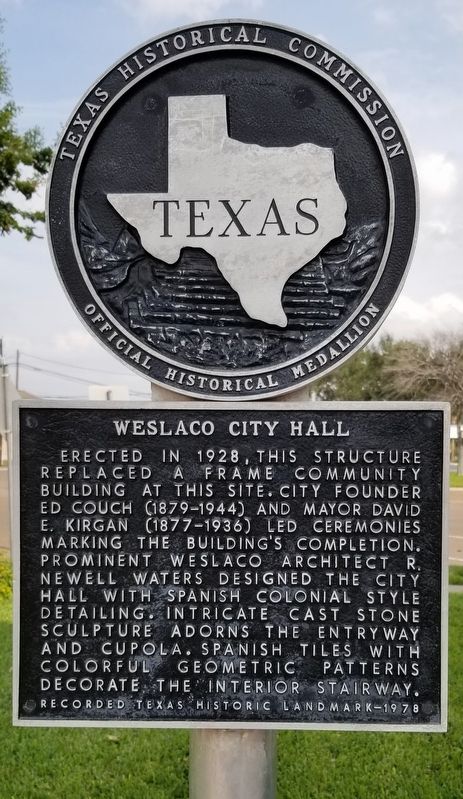 Weslaco, about fifteen miles west of Harlingen in south central Hidalgo County, is on U.S. Highway 83 and Farm Road 88. The site was part of the Llano Grande grant to Juan José Ynojosa de Ballí (1790). Upon Ynojosa's death the grant was divided among his children, and Manuela and María received the land on which Weslaco is situated. The Ballí family ranched and maintained ownership until 1852. In 1904 the Hidalgo and San Miguel extension of the St. Louis, Brownsville and Mexico Railway reached the site, promoted by Uriah Lott, Lon C. Hill, Jr. and others interested in developing the area through farming as opposed to traditional Hispanic ranching. Source: The Handbook of Texas