The Island of California

Felicity -- The Center of The World 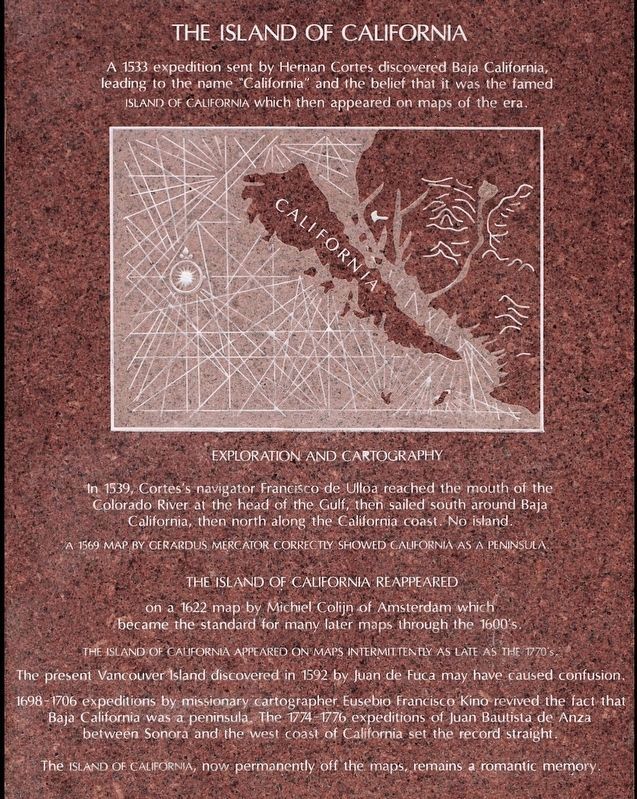 A 1533 expedition sent by Hernan Cortes discovered Baja California, leading to the name "California" and the belief that it was the famed Island of California which then appeared on maps of the era.

Exploration and Cartography
In 1539, Cortes's navigator Francisco de Ulloa reached the mouth of the Colorado River at the head of the Gulf, then sailed south around Baja California, then north along the California coast. No island. A 1596 map by Gerardus Mercator correctly showed California as a peninsula.

The Island of California Reappeared on a 1622 map by Michiel Colijn of Amsterdam which became the standard for many later maps through the 1600's.
The Island of California appeared on maps intermittently as late as the 1770’s.
The present Vancouver Island discovered in 1592 by Juan de Fuca may have caused confusion.
1698-1706 expeditions by missionary cartographer Eusebio Francisco Kino revived the fact that Baja California was a peninsula. The 1774-1776 expeditions of Juan Bautista de Anza between Sonora and the west coast of California set the record straight. 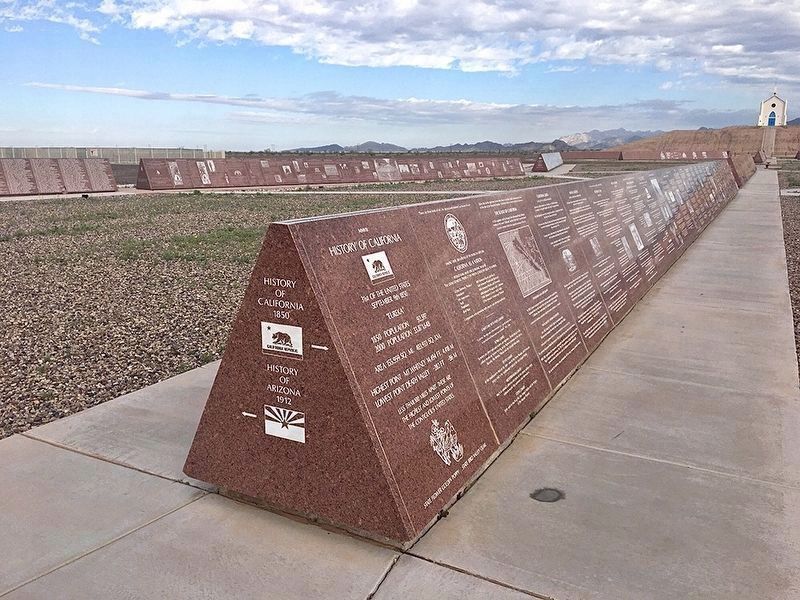 Erected 2016 by Museum of History in Granite.

Location. 32° 45.03′ N, 114° 45.931′ W. Marker is in Felicity, California, in Imperial County. Marker can be reached from Center of The World Plaza 0.1 miles north of Frontage Road, on the left when traveling north. Touch for map. Marker is at or near this postal address: 1 Center of The World Plaza, Winterhaven CA 92283, United States of America. Touch for directions.

More about this marker. There are over 900 historical markers at this location, covering the history of California, Arizona, United States, Humanity, Aviation, Parachuting, the French Foreign Legion, and the Korean War. The outdoor museum was conceived by Jacques-Andre Istel, a French-born parachuting pioneer and Korean War veteran who founded the town of Felicity in 1986. Felicity was designated the Official Center of the World by the Imperial County Board of Supervisors in 1985, and by the government of France in 1989. 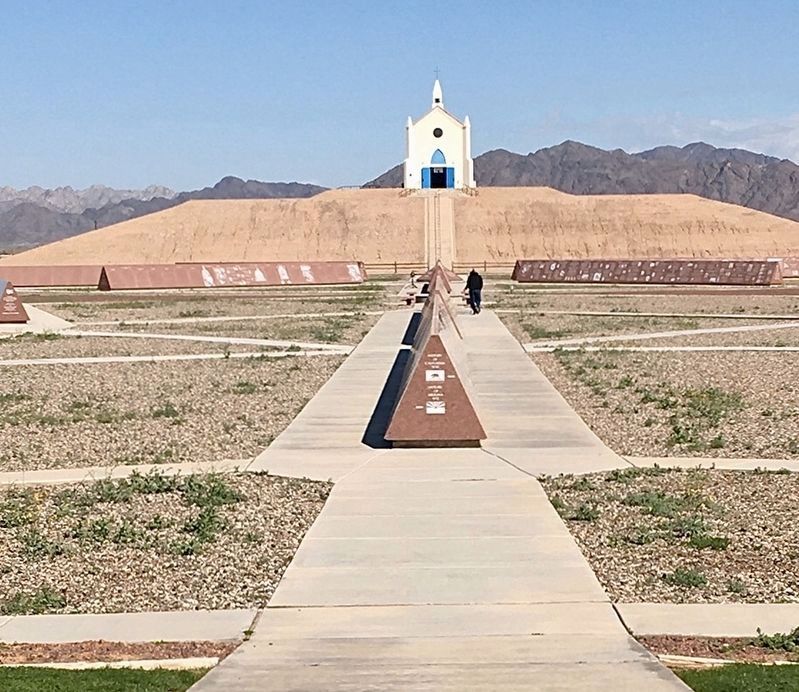 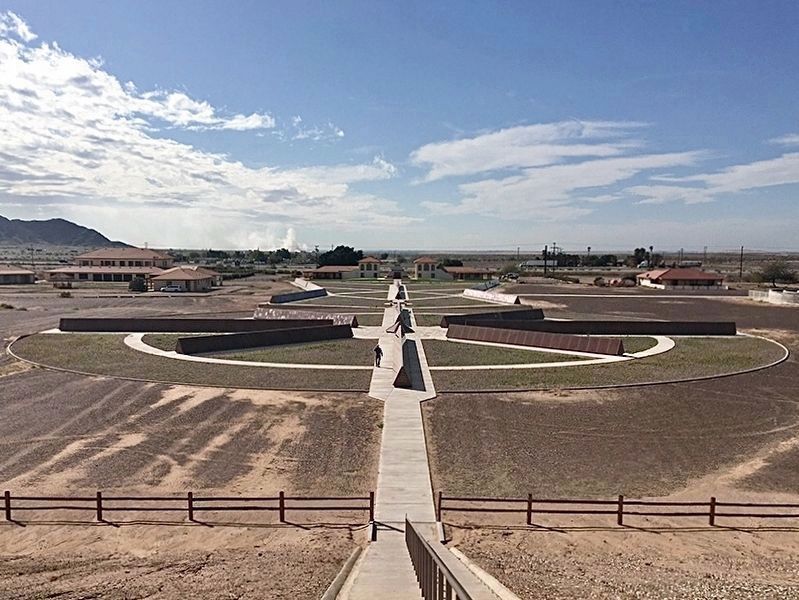 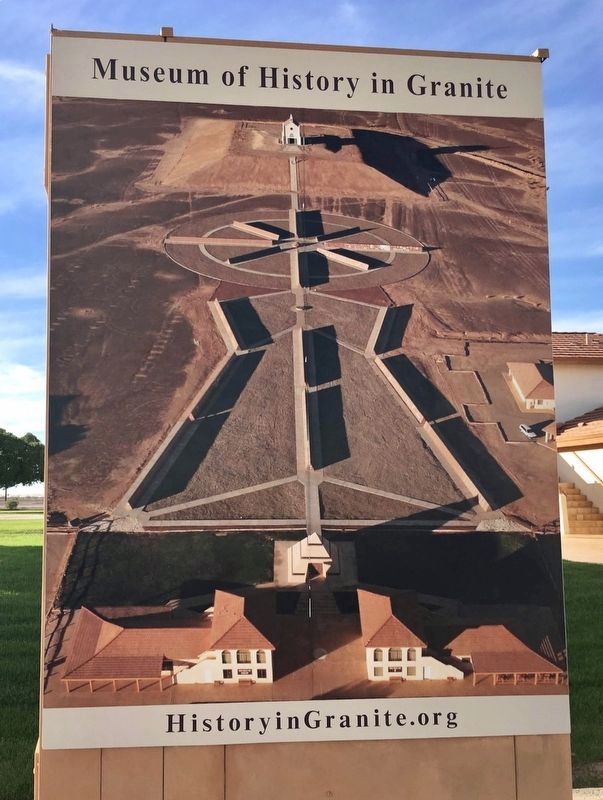 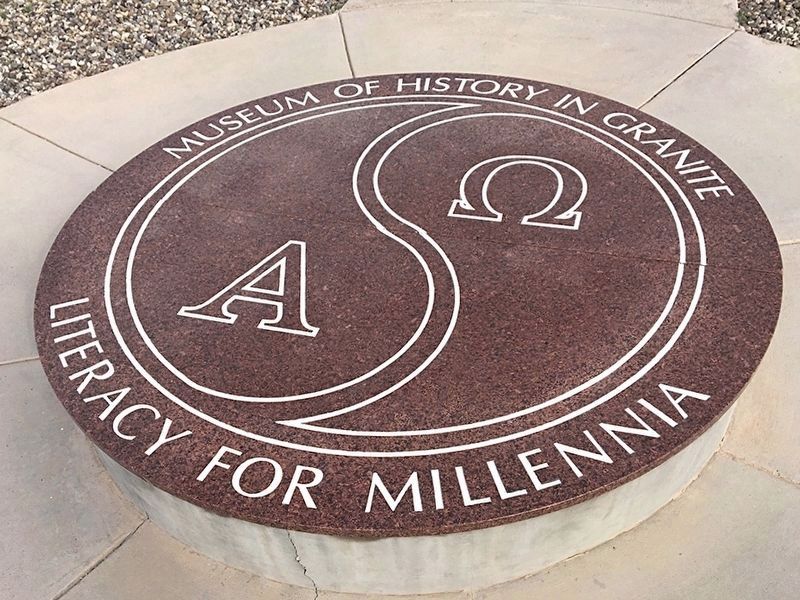 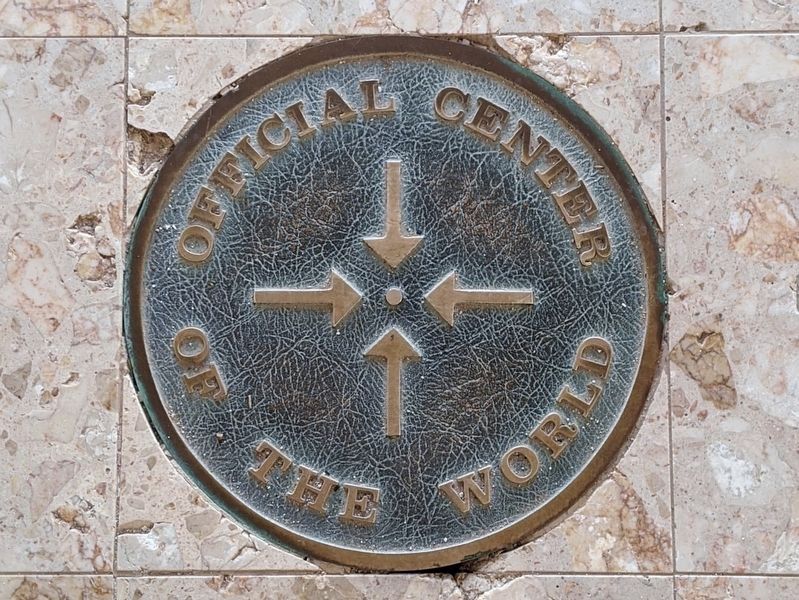 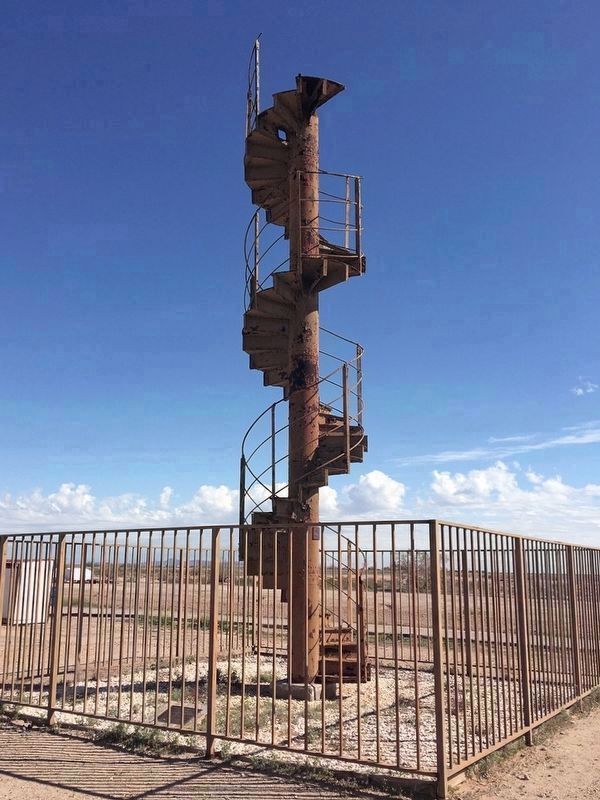 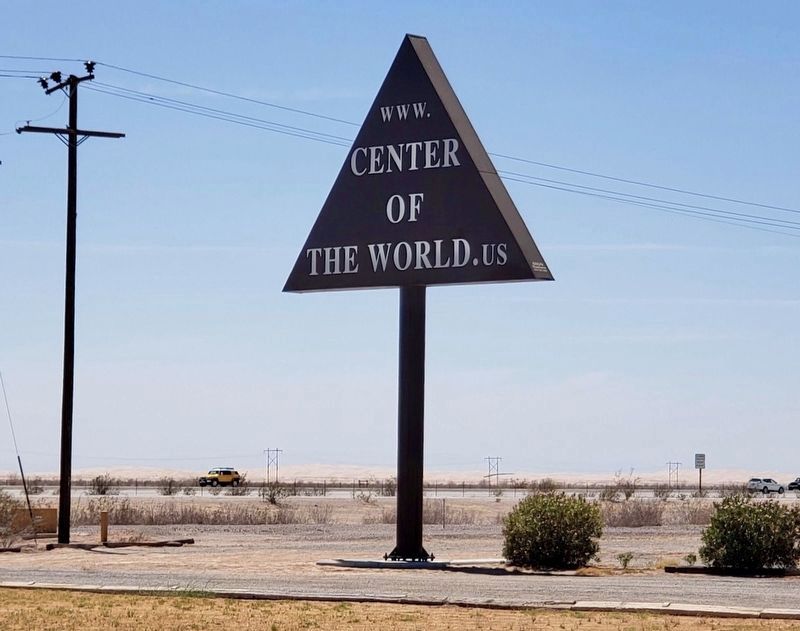