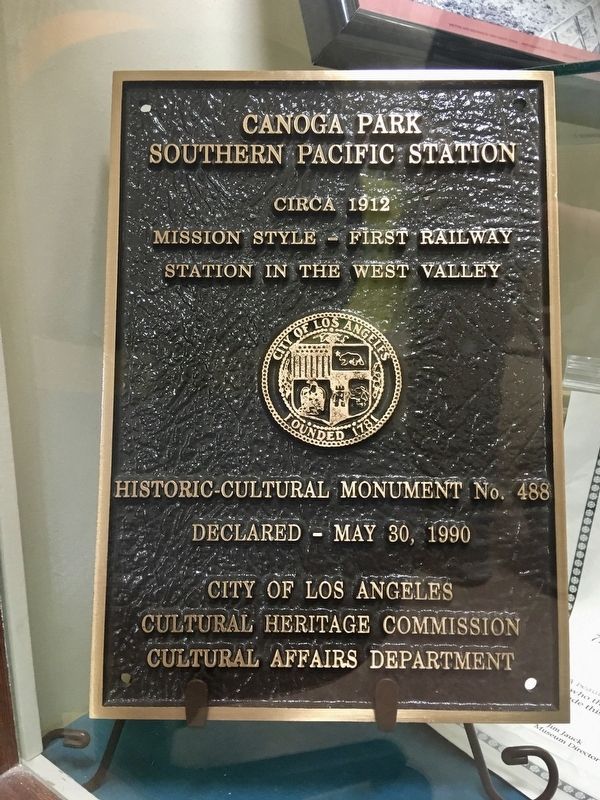 Topics and series. This historical marker is listed in these topic lists: Industry & Commerce • Railroads & Streetcars • Settlements & Settlers. In addition, it is included in the City of Los Angeles Historic-Cultural Monuments series list. A significant historical date for this entry is May 30, 1990.

Location. 34° 12.15′ N, 118° 36.076′ W. Marker is in Canoga Park, California, in Los Angeles County. Marker is on Owensmouth Avenue, 0.1 miles north of Sherman Way, on the right when traveling north. Located inside the Canoga-Owensmouth Historical Society Museum. Touch for map. Marker is at or near this postal address: 7248 Owensmouth Ave, Canoga Park CA 91303, United States of America. Touch for directions.

Other nearby markers. At least 8 other markers are within 3 miles of this marker, measured as the crow flies. Canoga Park Fire Station #72 (a few steps from this marker); Canoga Park Branch Library 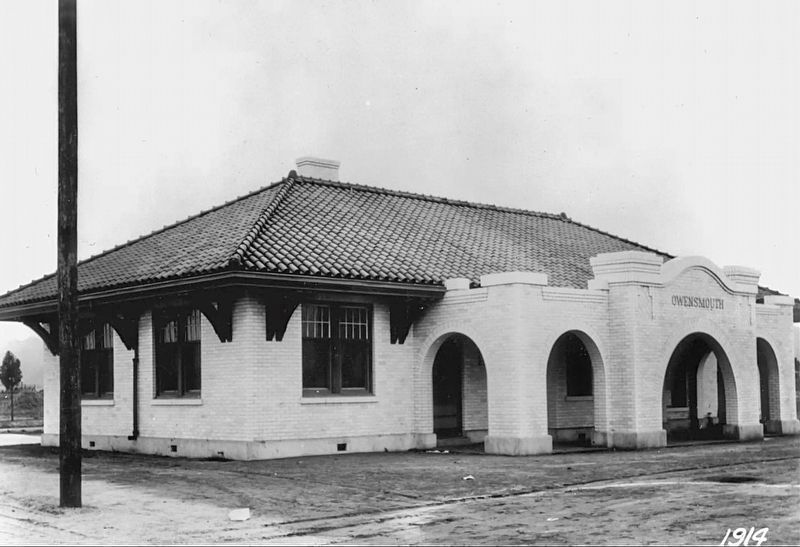 More about this marker. The station and marker were located at 21355 Sherman Way, just east of Canoga Avenue. The building was damaged by fire in 1995 and later demolished. The marker is now located inside the Canoga-Owensmouth Historical Society Museum, open on the second Saturday of the month 11 - 1. The town of Canoga Park was originally called Owensmouth, named in 1912 for the Owens River Aqueduct being constructed to bring water to the area. 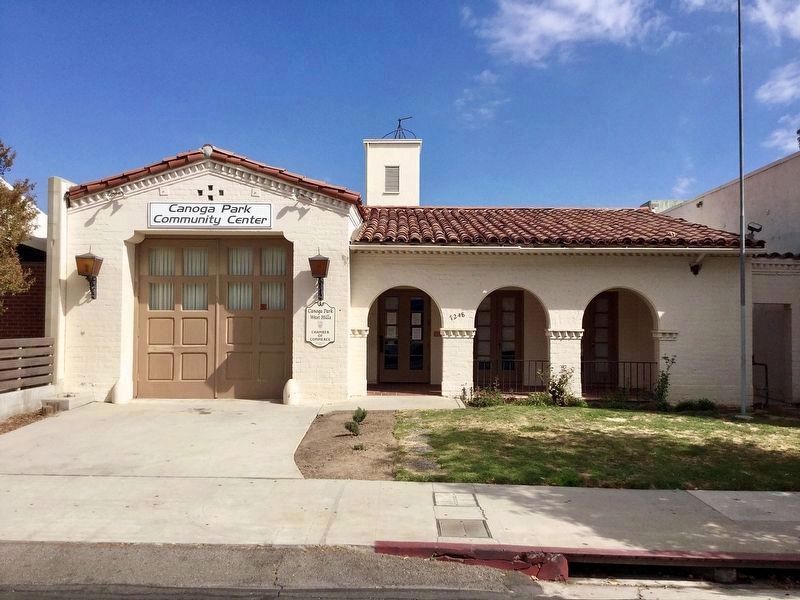