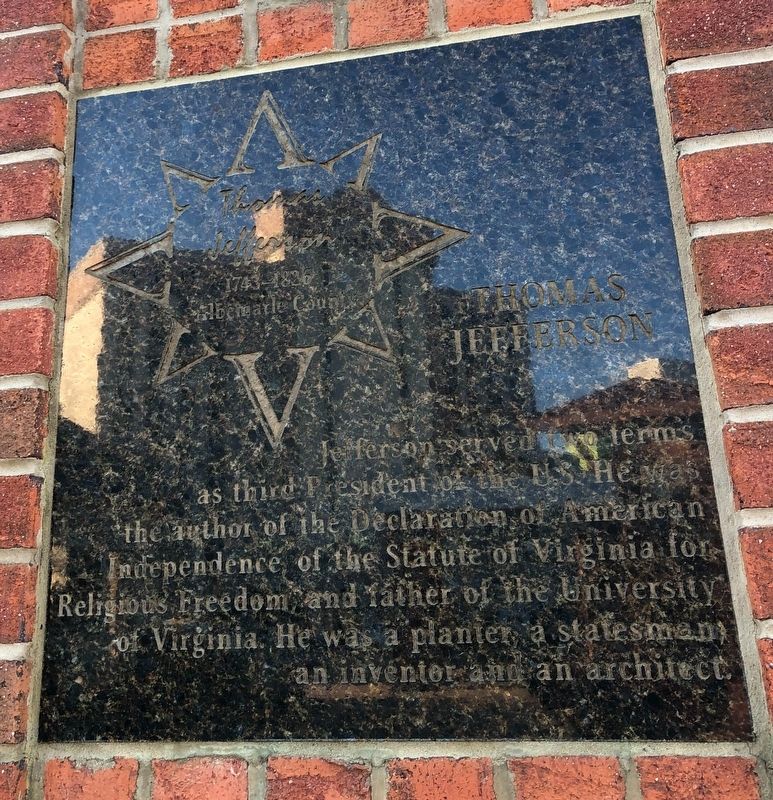 Jefferson served two terms as third President of the U.S. He was the author of the Declaration of American Independence, of the Statute of Virginia for Religious Freedom, and the father of the University of Virginia. He was a planter, statesman, an inventor and an architect.

Topics and series. This historical marker is listed in these topic lists: Architecture • Civil Rights • Education • Government & Politics. In addition, it is included in the Former U.S. Presidents: #03 Thomas Jefferson, and the Virginia Legends Walk series lists. 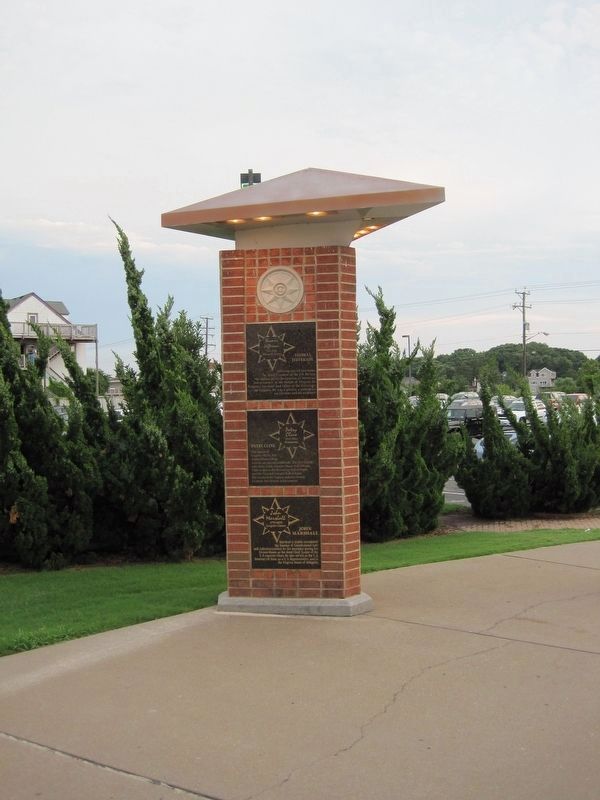