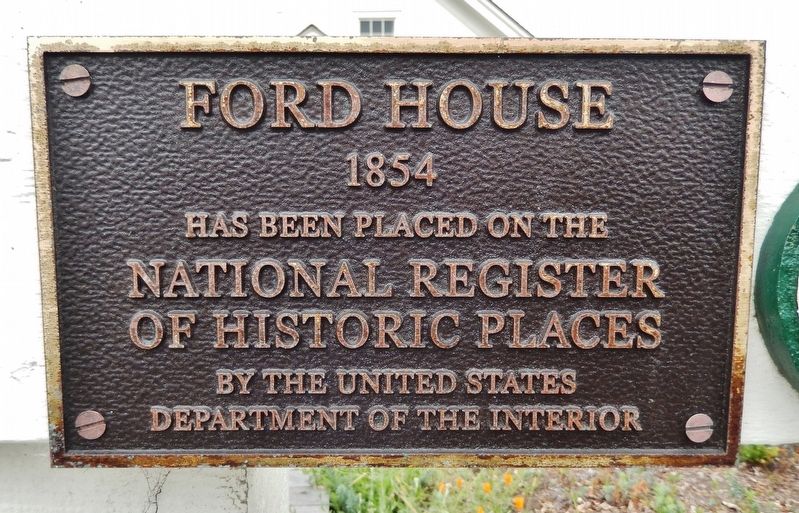 By Cosmos Mariner, July 12, 2014
1. Ford House Marker
Inscription.
Ford House.
Ford House 1854 has been placed on the National Register of Historic Places by the United States Department of the Interior. . This historical marker is in Mendocino in Mendocino County California 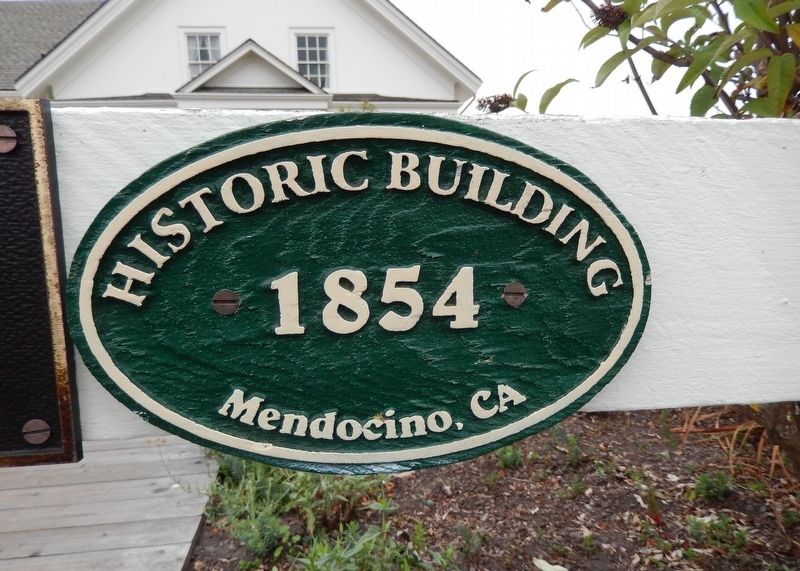 By Cosmos Mariner, July 12, 2014
2. Mendocino Historic Building Plaque
(mounted on right side of marker • Ford House in background)
(approx. 8 miles away); Runway! (approx. 8.8 miles away). Touch for a list and map of all markers in Mendocino.

Also see . . .
1. Jerome B. Ford. Jerome Bursley Ford was born in Vermont in 1821. At the age of 28, he came to San Francisco to work for Henry Meiggs. Unexpectedly in 1851, Meiggs sent him north to search for the wreck of the Frolic off the Mendocino coast. While Ford found nothing worth salvaging from the Frolic, he did spot treasure of another sort: giant redwood trees. Ford purchased land for $100 from William Kasten, the original settler, and staked a claim for Mendocino's first sawmill at the headlands of Big River. (Submitted on January 31, 2021, by Cosmos Mariner of Cape Canaveral, Florida.)

2. The Fords who first occupied the Ford House in Mendocino, California. In 1854 Jerome Ford decided to go back east to marry Martha Hayes. He arranged with E.C. Williams to have this house built on the headlands in his absence. It was the second house built with lumber from the mill in Mendocino. (Submitted on January 31, 2021, by Cosmos Mariner of Cape Canaveral, Florida.) 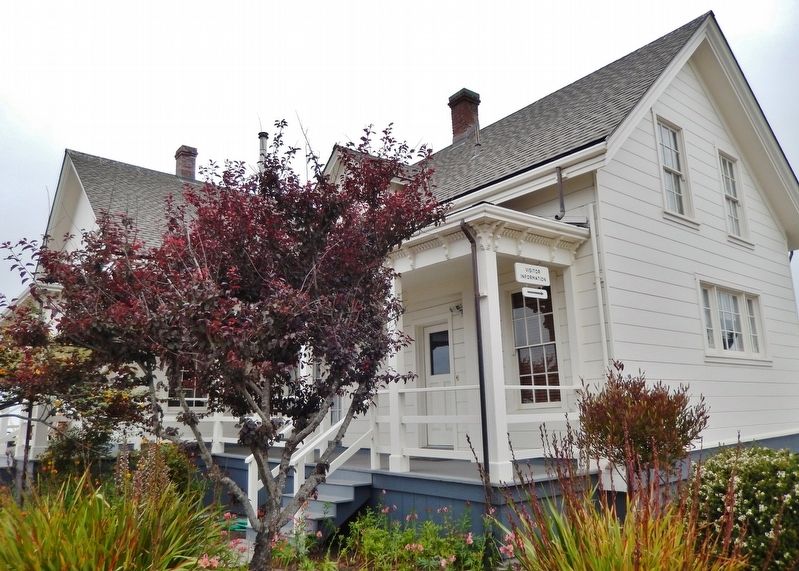 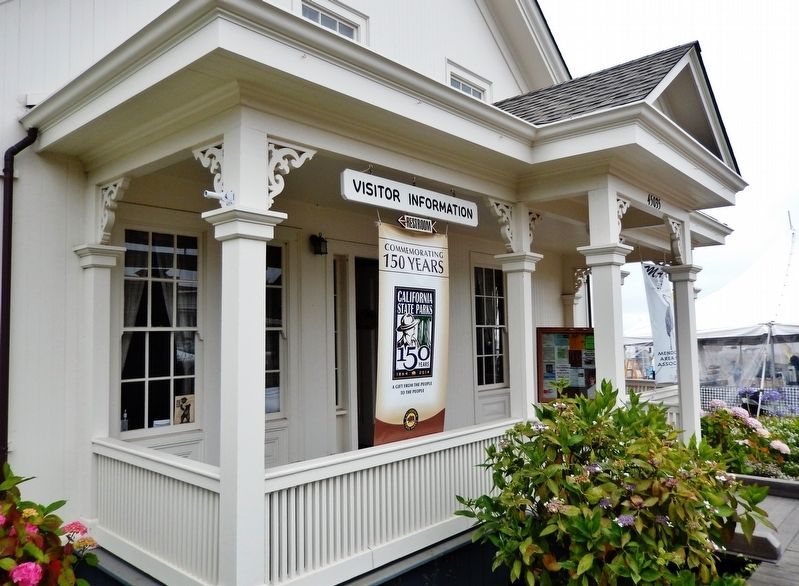 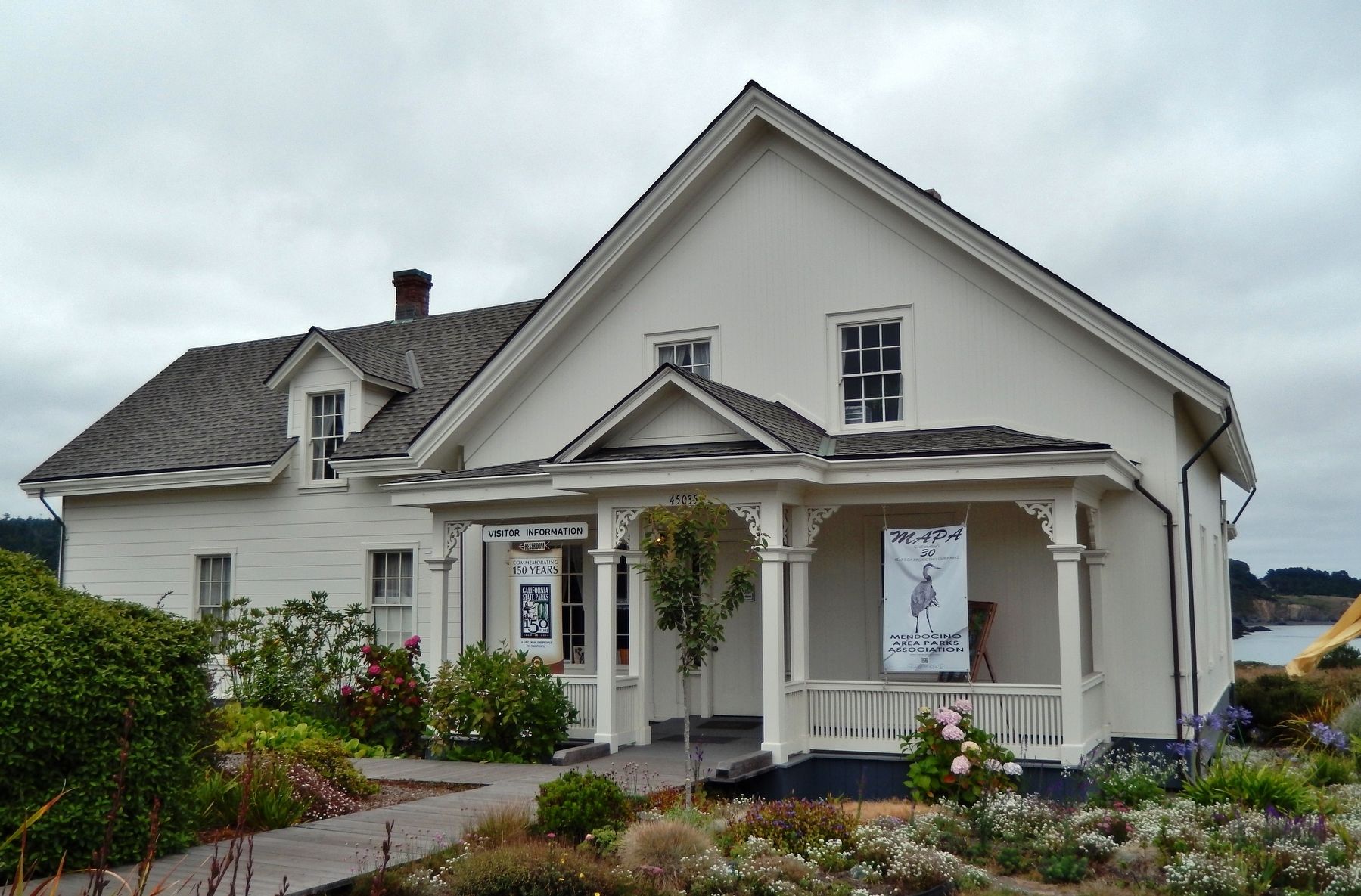