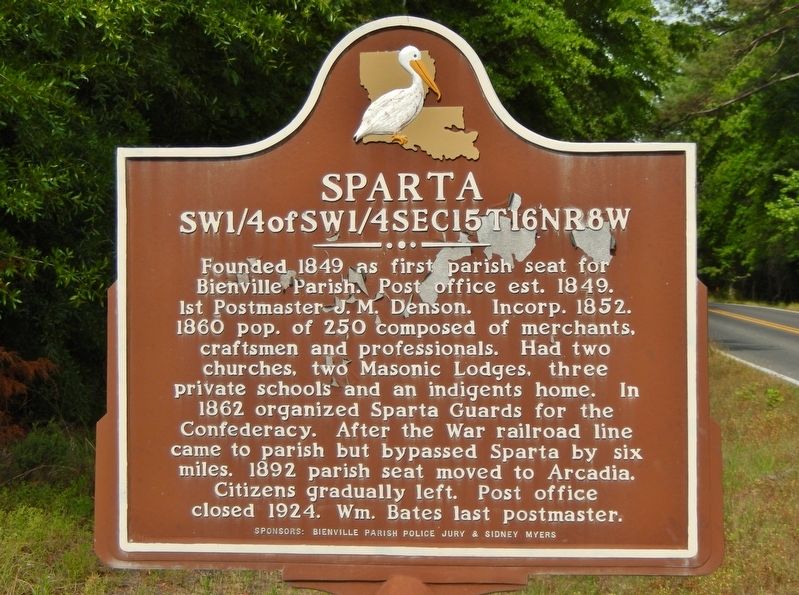 Location. 32° 22.037′ N, 93° 4.775′ W. Marker is near Bienville, Louisiana, in Bienville Parish. Marker is at the intersection of Kepler Road (State Highway 507) and Old Sparta Road, on the right when traveling west on Kepler Road. Marker is located near the northeast corner of the 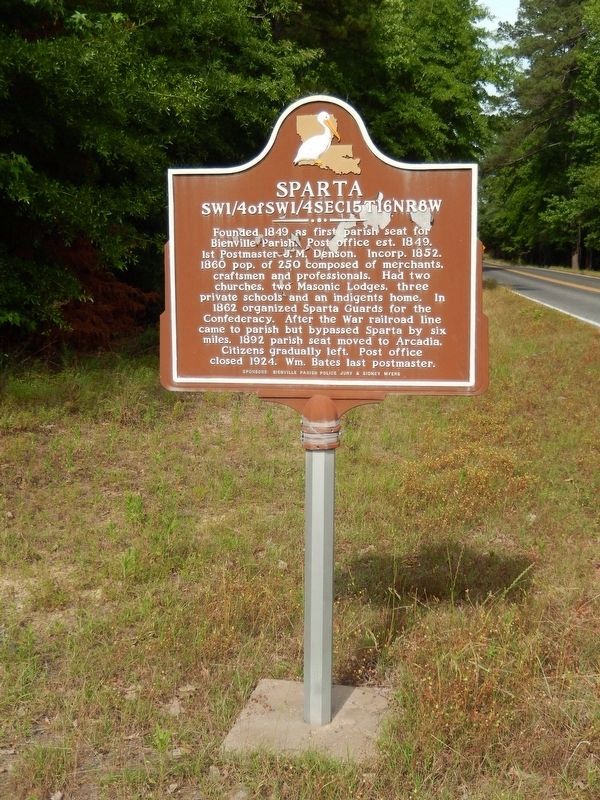 Also see . . .  Bienville Parish, Louisiana (Wikipedia). Bienville Parish was named in honor of the French Canadian explorer Jean-Baptiste Le Moyne, Sieur de Bienville, who was governor of French Louisiana for a total of thirty years. The original parish seat was Sparta, a defunct community located between Bienville and Ringgold. All that remains of Sparta are two cemeteries. Among the early settlers of Sparta were the brothers Green and James Huckaby, ancestors of later U.S. Representative Jerry Huckaby of Louisiana's 5th congressional district. The courthouse was moved to Arcadia in 1893. (Submitted on February 2, 2021, by Cosmos Mariner of Cape Canaveral, Florida.) 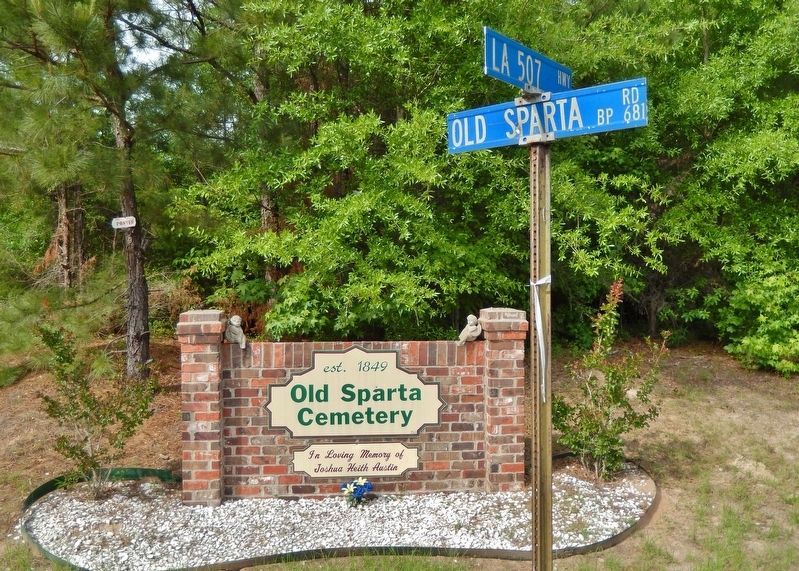