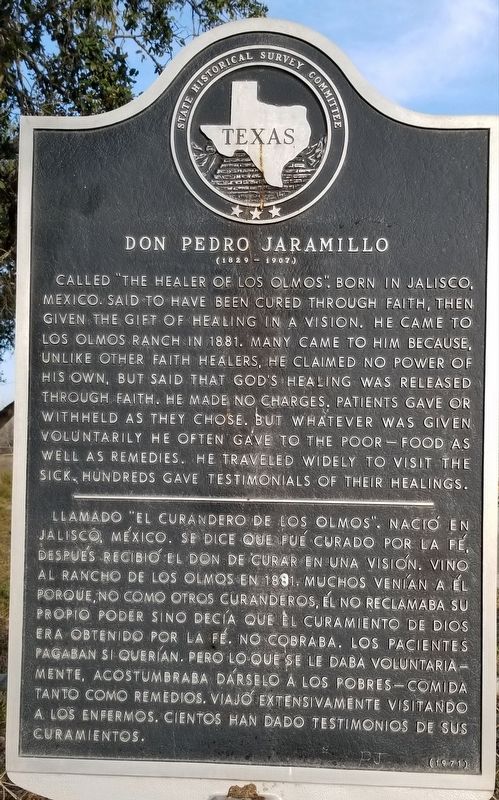 By James Hulse, January 28, 2021
1. Don Pedro Jaramillo Marker
Inscription.
Called "The Healer of Los Olmos". Born in Jalisco, Mexico. Said to have been cured through faith, then given the gift of healing in a vision. He came to Los Olmos Ranch in 1881. Many came to him because, unlike other faith healers, he claimed no power of his own, but said that God's healing was released through faith. He made no charges. Patients gave or withheld as they chose. But whatever was given voluntarily he often gave to the poor - food as well as remedies. He traveled widely to visit the sick. Hundreds gave testimonials of their healings. . . . This historical marker was erected in 1971 by State Historical Survey Committee. It is Near Falfurrias in Brooks County Texas