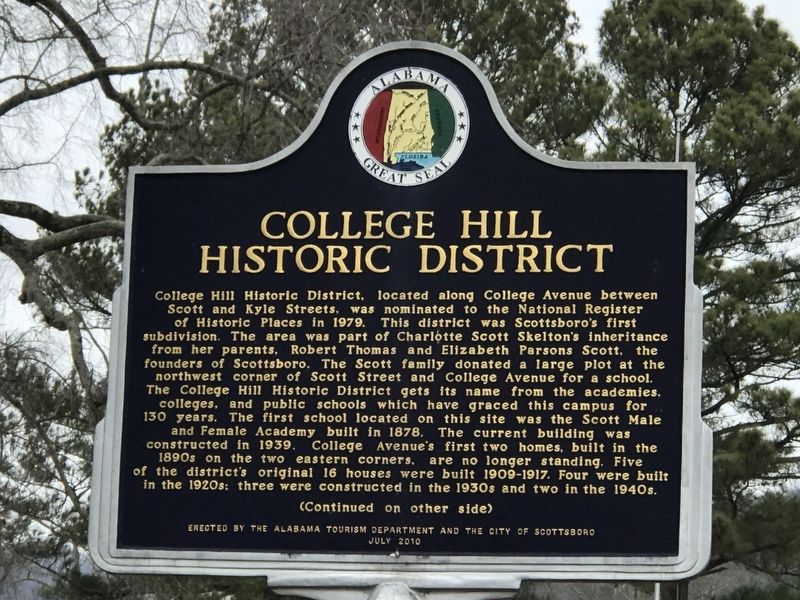 College Hill Historic District, located along College Avenue between Scott and Kyle Streets, was nominated to the National Register of Historic Places in 1979. This district was Scottsboro's first subdivision. The area was part of Charlotte Scott Skelton's inheritance from her parents, Robert Thomas and Elizabeth Parsons Scott, the founders of Scottsboro. The Scott family donated a large plot at the northwest corner of Scott Street and College Avenue for a school. The College Hill Historic District gets its name from the academies, colleges, and public schools which have graced this campus for 130 years. The first school located on this site was the Scott Male and Female Academy built in 1878. The current building was constructed in 1939. College Avenue's first two homes, built in the 1890s on the two eastern corners, are no longer standing. Five of the district's original 16 houses were built 1909-1917. Four were built in the 1920s; three were constructed in the 1930s and two in the 1940s.

In a sequence of construction, the architecture of College Hill Historic District follows the trends of architecture in the Southeast. The most 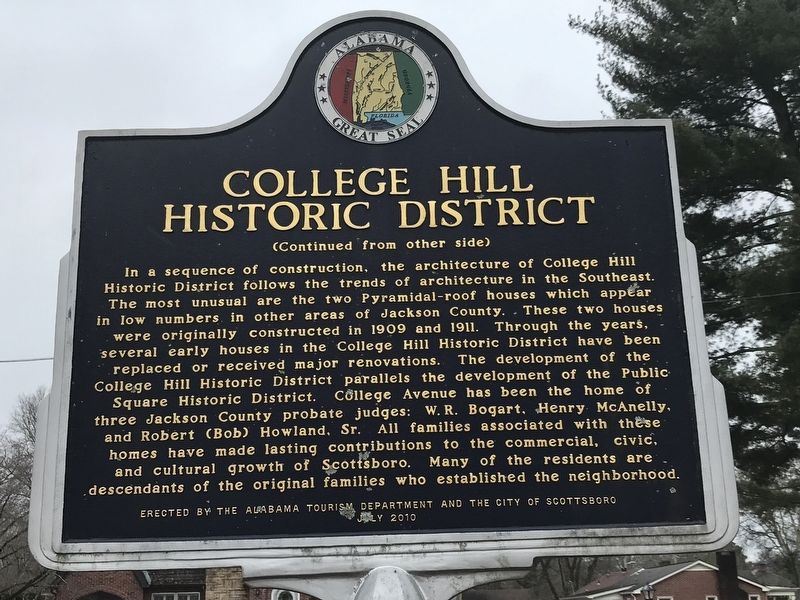 Click or scan to see
this page online
unusual are the two Pyramidal-roof houses which appear in low numbers in other areas of Jackson County. These two houses were originally constructed in 1909 and 1911. Through the years, several early houses in the College Hill Historic District have been replaced or received major renovations. The development of the College Hill Historic District parallels the development of the Public Square Historic District. College Avenue has been the home of three Jackson County probate judges: W. R. Bogart, Henry McAnelly, and Robert (Bob) Howland, Sr. All families associated with these homes have made lasting contributions to the commercial, civic, and cultural growth of Scottsboro. Many of the residents are descendants of the original families who established the neighborhood.

Erected 2010 by Alabama Tourism Department and the City of Scottsboro.

Topics. This historical marker is listed in these topic lists: Architecture • Education • Settlements & Settlers. A significant historical year for this entry is 1878. 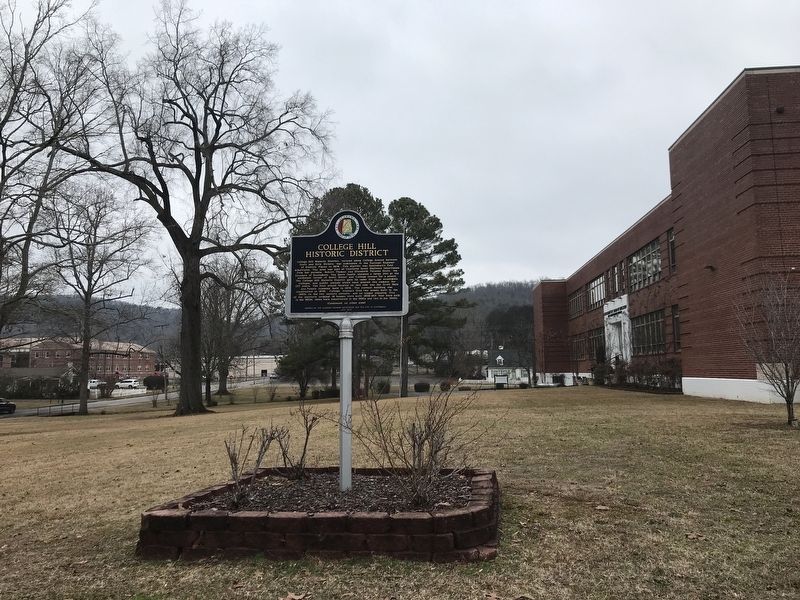