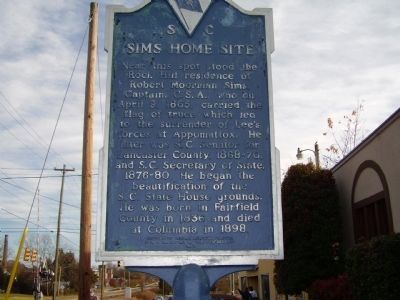 Photographed By Stanley and Terrie Howard, October 12, 2008
1. Sims Home Site Marker
Inscription.
Sims Home Site. . , Near this spot stood the Rock Hill residence of Robert Moorman Sims, Captain, C.S.A., who on April 9, 1865, carried the flag of truce which led to the surrender of Lee's forces at Appomattox, He later was S.C. Senator for Lancaster County, 1868-70, and S.C. Secretary of State, 1876-80. He began the beautification of the S.C. State House grounds. He was born in Fairfield County in 1836 and died at Columbia in 1898. . This historical marker was erected in 1970 by Beulah Meredith Chapter, United Daughters of the Confederacy. It is in Rock Hill in York County South Carolina

Near this spot stood the Rock Hill residence of Robert Moorman Sims, Captain, C.S.A., who on April 9, 1865, carried the flag of truce which led to the surrender of Lee's forces at Appomattox, He later was S.C. Senator for Lancaster County, 1868-70, and S.C. Secretary of State, 1876-80. He began the beautification of the S.C. State House grounds. He was born in Fairfield County in 1836 and died at Columbia in 1898.

Topics and series. This historical marker is listed in this topic list: War, US Civil. In addition, it is included in the United Daughters of the Confederacy series list. A significant historical date for this entry is April 9, 1865.

Other nearby markers. At least 8 other markers are within walking distance of this marker. Standard Cotton Mill / Highland Park Manufacturing Co. (approx. ¼ mile away); Rock Hill High School 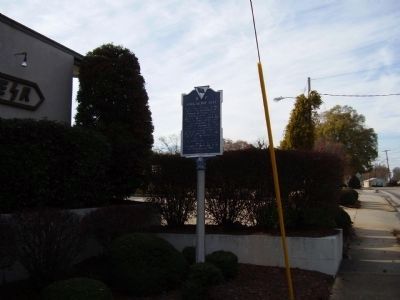 Robert Moorman Sims
Columbia, Dec. 10--Col. R.M. Sims died at his residence in Shandon yesterday after an illness of a fortnight.

Robert Moorman Sims was born December 8th, 1836, and was reared in Lancaster county, and graduated at the South Carolina Military Academy in 1856. He had scarcely settled in business when the outbreak of the war gave the signal for him to rally in defense of his State. He volunteered as private in Capt. John D. Wylie's company of the Ninth South Carolina volunteer regiment, commanded by James D. Blanding. It was not long before he was appointed 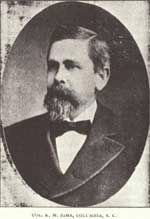 Courtesy Lancaster County Library, circa 1898
3. Robert Moorman Sims
(1836-1898)
S.C. Senator 1868-1870
S.C. Secretary of State 1876-1880
adjutant and inspector general of Bratton's brigade, and in that capacity he saw hard fighting and bore his full share of it. He was of that cool unobtrusive courage that stops not to think of ostentation in the performance of duty, but seems simply to ignore danger. After passing through several desperate campaigns, Col. Sims rose by promotion to the adjutant generalcy of regiment's corps. He was several times wounded. In the trenches around Richmond he saw the corps gradually dwindle away under the hammer strokes of overwhelming numbers, and it was his sad duty to bear the flag of truce at Appomatox that led to the capitulation of Lee's shattered columns. This flag, a simple towel, was borrowed by a Federal officer on the field and was not returned. It is now in the possession of Mrs. Gen. Custer, who preserves it as a precious souvenir.

Returning home, Col. Sims was elected to the State Senate by the Democrats of Lancaster, at a time when the Legislature was overwhelmingly Republican. Finding that he was powerless he refused to serve longer.

He was engaged in business in Rock Hill when the year 1876 opened in the midst of a political storm. 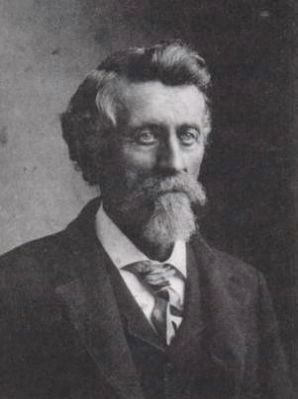 A Place Called Appomattox by William Marvel
4. Robert Moorman Sims
(1836-1898)
first administration Col. Sims was boarding officer of the port of Charleston. Since then he has been in private life.

Col. Sims was a brave man, an honest man, a true man, a Christian. Duty with him was love, he never shirked it. When in the storm of battle, the vicissitudes of politics, or the trials and temptations of private life. His pleasant, genial, unaffected manners made him friends everywhere. In him pass away another of the Old Guard--valiant in arms, patient and courteous in peace.

Col. Sims was first married to Miss Catherine C. Lucky, of Mecklenburg, N.C., who bore him two sons and died in 1867. In 1869 he married Miss Ada Sims of Columbia, who with several children survive him.
— Submitted January 29, 2010, by Brian Scott of Anderson, South Carolina. 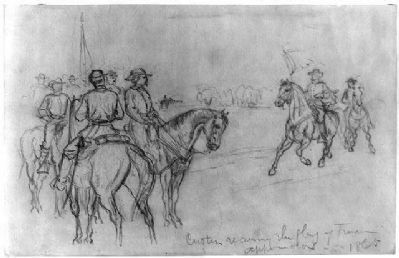