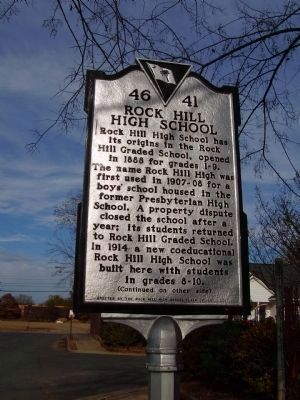 [Reverse]:
Grade 11 was added in 1917 and grade 12 was added in 1948. Additions or new buildings were constructed 1923-1952. Agriculture and commercial courses were added to standard courses, as were music, art, sports, and other activities. Rock Hill High and Sullivan Jr. High on Eden Terrace traded buildings in 1965. A new Rock Hill High was built on Springdale Rd. in 1977; the 1914 school was torn down in 1978. 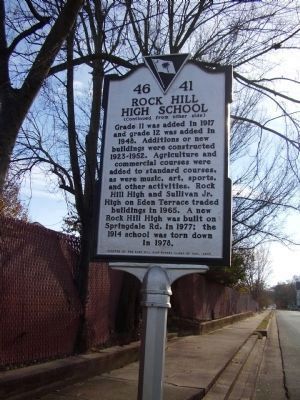 By Stanley and Terrie Howard, October 12, 2008
2. Rock Hill High School Marker (reverse)
South Carolina, in York County. Marker is at the intersection of North Spruce Street and Gladstone Court, on the left when traveling south on North Spruce Street. Touch for map. Marker is in this post office area: Rock Hill SC 29730, United States of America. Touch for directions. 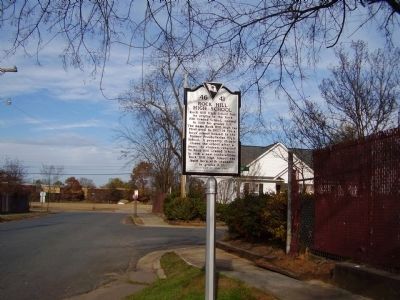