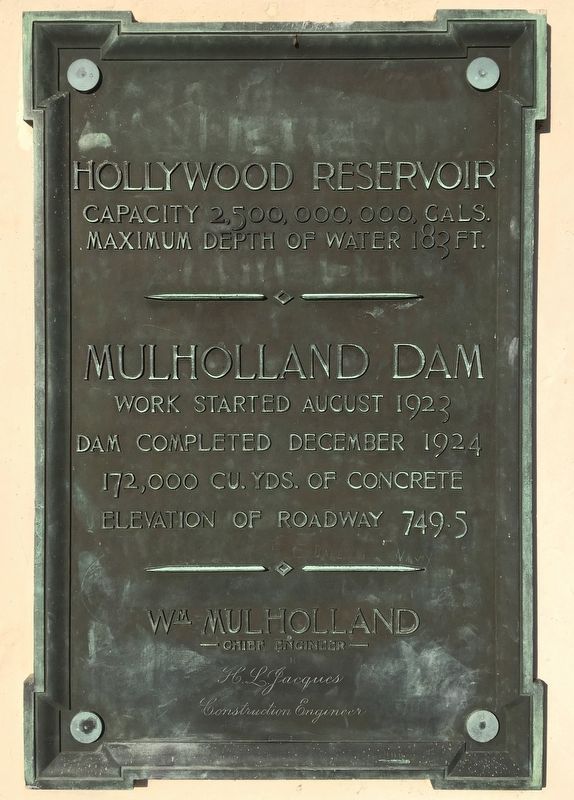 Topics and series. This historical marker is listed in these topic lists: Charity & Public Work • Waterways & Vessels. In addition, it is included in the City of Los Angeles Historic-Cultural Monuments series list.

Location. 34° 7.087′ N, 118° 19.874′ W. Marker is in Los Angeles, California, in Los Angeles County. Marker can be reached from Weidlake Drive 0.4 miles north of Deep Dell Place, on the left when traveling north. Located on a small building at the center of the dam. Touch for map. Marker is in this post office area: Los Angeles CA 90068, United States of America. Touch for directions.

Other nearby markers. At least 8 other markers are within 2 miles of this marker, measured as the crow flies 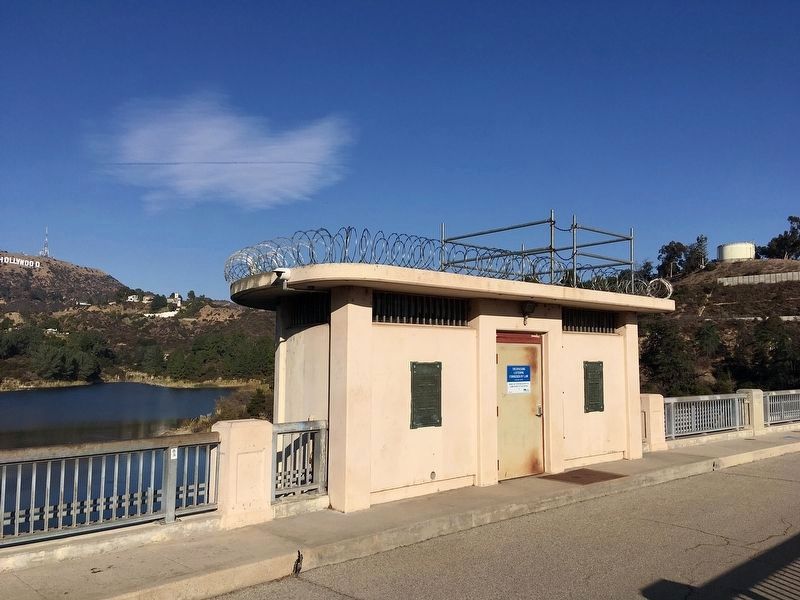 Regarding Hollywood Reservoir. Two years after construction of the Mulholland Dam, the St. Francis Dam was completed 30 miles to the north. It collapsed soon after its reservoir was filled, killing 430 people. Both dams had similar designs and used similar construction methods. After the St. Francis Dam collapsed, the Hollywood Reservoir was lowered to reduce the load on the dam, and the canyon below the dam was filled-in with soil and planted trees for additional support.
In 2002 the Hollywood Reservoir was replaced with two 30 million gallon underground tanks - the largest in the world - to comply with new drinking water regulations. Plans to empty the reservoir were dropped when homeowners with a view of the reservoir complained, including singer Madonna.
Hollywood 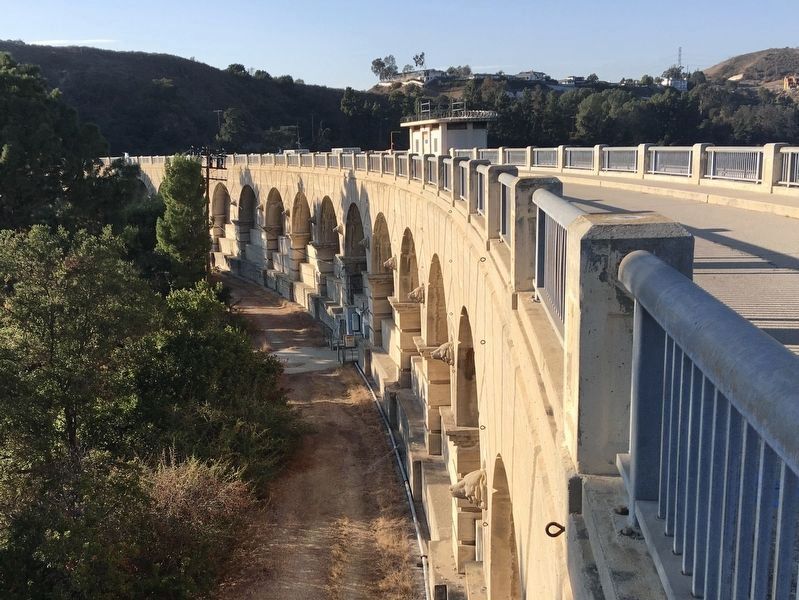 By Craig Baker, January 4, 2021
3. Mulholland Dam
The canyon below the dam has been filled-in.
Reservoir is circled by a 3.5-mile paved road that is open for walking and bicycling during daylight hours.
In 1989 the dam was designated Los Angeles Historic-Cultural Monument No. 421. The nearby Hollywood Sign is Los Angeles Historic-Cultural Monument No. 111, designated in 1973. 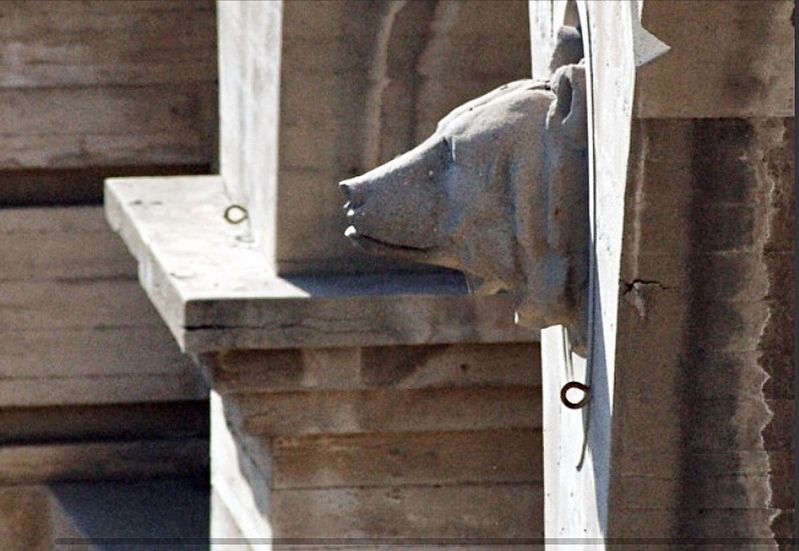 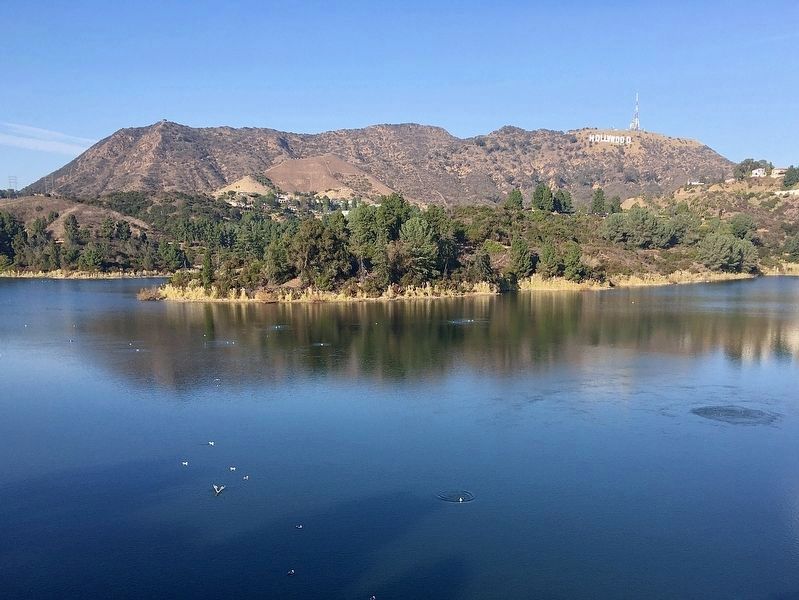 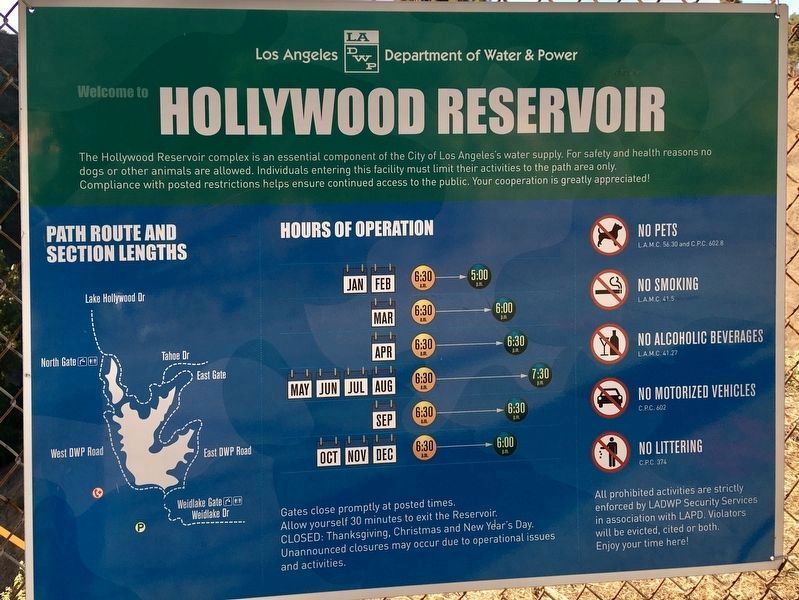