Topics. This historical marker is listed in this topic list: Sports. A significant historical year for this entry is 1984. 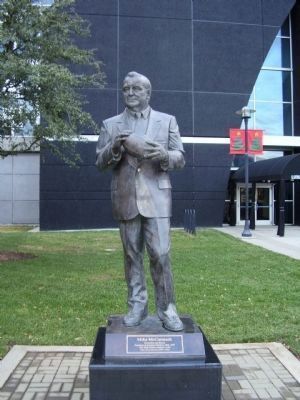 Click or scan to see
this page online
about Mike McCormack and Sam Mills. (Submitted on March 11, 2009.)

Additional commentary.
1. Mike McCormack
Mike McCormack, the first inductee into the Carolina Panthers Hall of Honor, was a guiding force in the construction of the team and a trusted advisor to the Richardson family during the bid to land an NFL expansion franchise for the Carolinas. 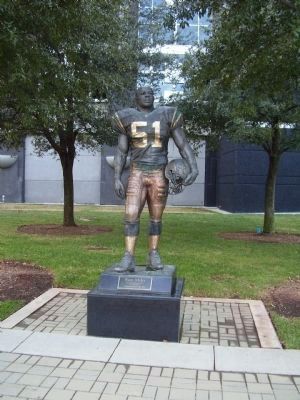 Photographed By Stanley and Terrie Howard, October 16, 2008
3. Sam Mills
Inducted September 27, 1998
Leader and Gentleman
Linebacker, 1995-1997
Sam Mills, the first former Panthers player to be inducted into the Carolina Panthers Hall of Honor, proved to be a difference maker and team leader during his three seasons as left inside linebacker for Carolina. 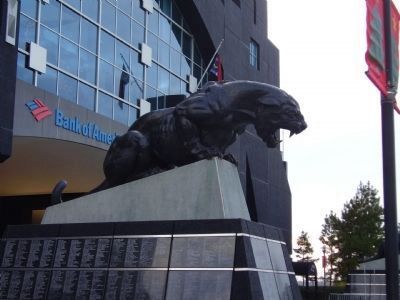