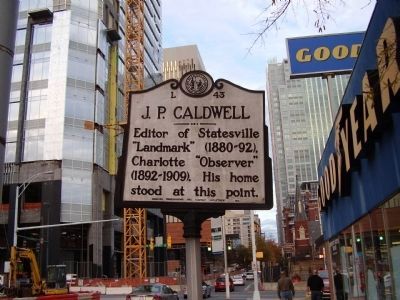 Photographed By Stanley and Terrie Howard, October 16, 2008
1. J.P. Caldwell Marker
Inscription.
J. P. Caldwell. . Editor of Statesville "Landmark" (1880-92), Charlotte "Observer" (1892-1909). His home stood at this point. . This historical marker was erected in 1949 by Archives and Highway Departments. It is in Charlotte in Mecklenburg County North Carolina

Topics and series. This historical marker is listed in this topic list: Communications. In addition, it is included in the North Carolina Division of Archives and History series list. 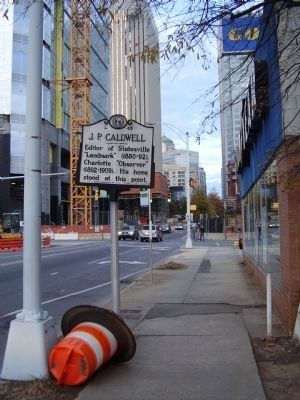 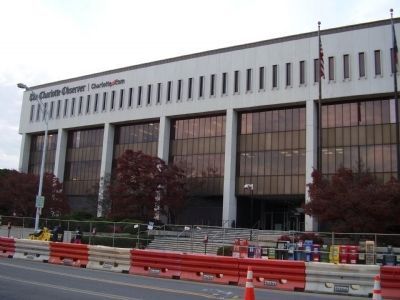