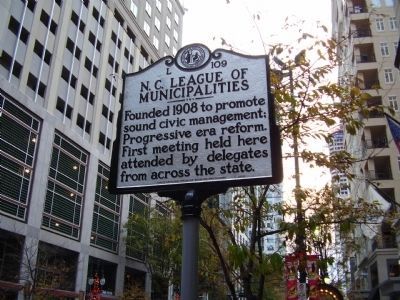 By Stanley and Terrie Howard, October 16, 2008
1. N. C. League of Municipalities Marker
Inscription.
N. C. League of Municipalities. . Founded 1908 to promote sound civic management; Progressive era reform. First meeting held here attended by delegates from across the state. . This historical marker was erected in 2008 by North Carolina Office of Archives and History. It is in Charlotte in Mecklenburg County North Carolina

Topics and series. This historical marker is listed in these topic lists: Government & Politics • Political Subdivisions. In addition, it is included in the North Carolina Division of Archives and History series list. A significant historical year for this entry is 1908. 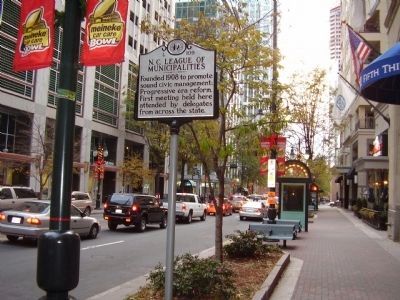