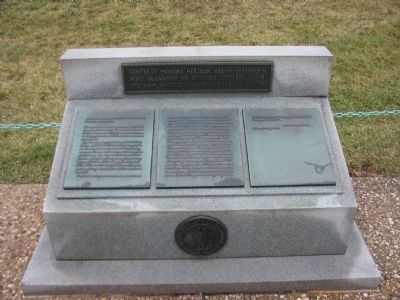 Photographed By Craig Swain, December 27, 2008
1. Kentucky Memorial
Inscription.
Kentucky Memorial. . Kentucky honors her son, Abraham Lincoln, who delivered his immortal address at the site now marked by the soldiers' monument. . This memorial was erected in 1975 by State of Kentucky. It is in Gettysburg in Adams County Pennsylvania

Kentucky honors her son, Abraham Lincoln, who delivered his immortal address at the site now marked by the soldiers' monument.

Erected 1975 by State of Kentucky.

Topics and series. This historical marker and memorial is listed in this topic list: War, US Civil. In addition, it is included in the Former U.S. Presidents: #16 Abraham Lincoln series list.

Location. 39° 49.184′ N, 77° 13.866′ W. Marker is in Gettysburg, Pennsylvania, in Adams County. Marker can be reached from Taneytown Road (State Highway 134), on the right when traveling north. Located in the center of Gettysburg National Cemetery. Touch for map. Marker is in this post office area: Gettysburg PA 17325, United States of America. Touch for directions. 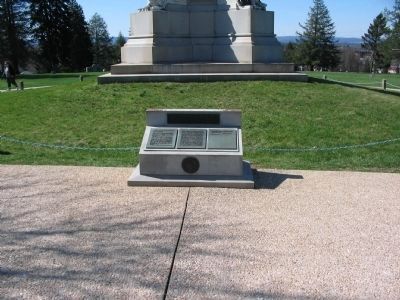 More about this memorial. Below the plaque is a bronze replica of Lincoln's Gettysburg Address, as written by his hand. The state seal appears at the base of the monument. 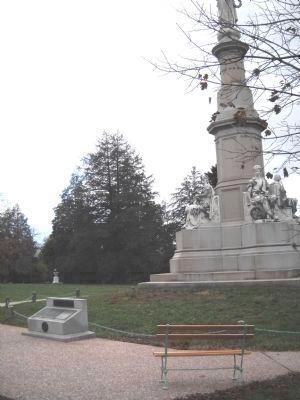 Photographed By Bill Coughlin, November 6, 2010
3. Marker in National Cemetery
The Soldier's National Monument can be seen behind the Kentucky Memorial. 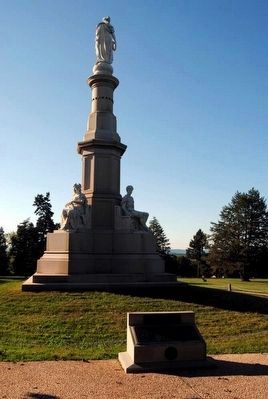