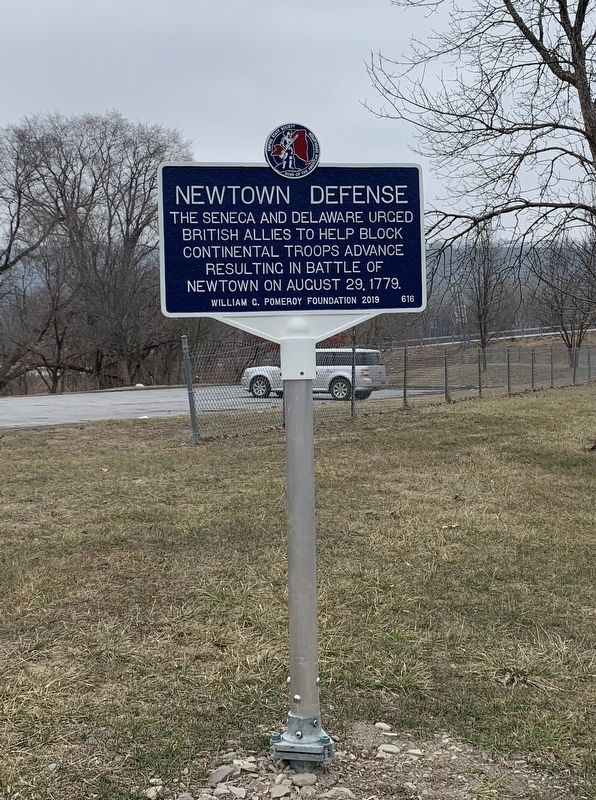 The Seneca and Delaware urged British allies to help block Continental troops advance resulting in Battle of Newtown on August 29, 1779.

Topics and series. This historical marker is listed in these topic lists: Native Americans • War, US Revolutionary. In addition, it is included in the The Sullivan-Clinton Expedition Against the Iroquois Indians series list. A significant historical date for this entry is August 29, 1779.

Other nearby markers. At least 8 other markers are within one mile of this marker, measured as the crow flies. Newtown Battlefield (here, next to this marker); Native Voices (a few steps from this marker); Line of Rude Breastworks (within shouting distance of this marker); Knoll Cemetery (approx. 0.2 miles 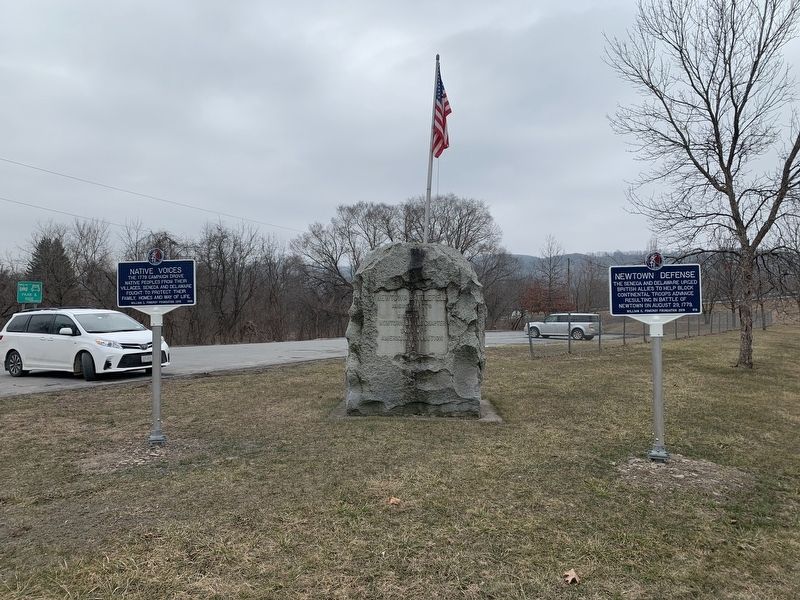