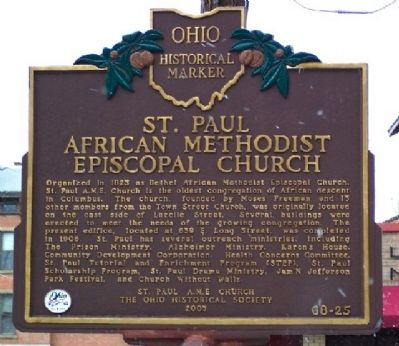 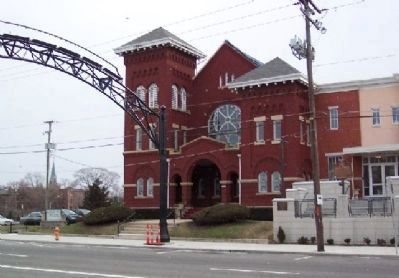 Click or scan to see
this page online
• Science & Medicine • Settlements & Settlers. In addition, it is included in the African Methodist Episcopal (AME) Church, and the Ohio Historical Society / The Ohio History Connection series lists. A significant historical year for this entry is 1823.

Location. 39° 58.004′ N, 82° 59.067′ W. Marker is in Columbus, Ohio, in Franklin County. Marker is at the intersection of Long Street and Jefferson Avenue, on the right when traveling east on Long Street. Touch for map. Marker is at or near this postal address: 639 E Long Street, Columbus OH 43215, United States of America. Touch for directions.

Other nearby markers. At least 8 other markers are within walking distance of this marker. King Lincoln District Arch (here, next to this marker); James Thurber (about 300 feet away, measured in a direct line); Donn Vickers Gazebo in Thurber Park (about 500 feet away); Elijah Pierce (about 800 feet away); The Lincoln Theatre (approx. 0.2 miles away); George Bellows / Roy Lichtenstein (approx. ¼ mile away); Wesley Chapel Methodist Church (approx. 0.3 miles away); Home Site of Henry Howe — Historian (approx. 0.3 miles away). Touch for a list and map of all markers in Columbus. 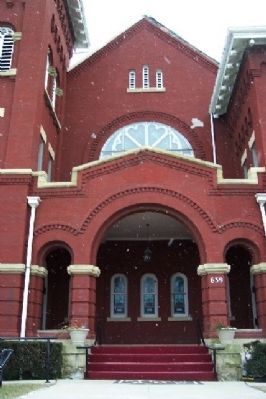