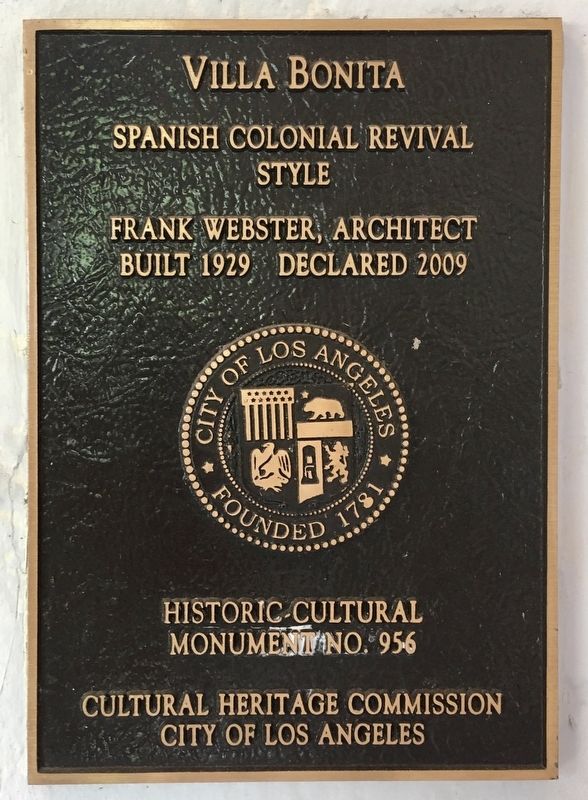 Topics and series. This historical marker is listed in this topic list: Architecture. In addition, it is included in the City of Los Angeles Historic-Cultural Monuments series list. A significant historical year for this entry is 1929. 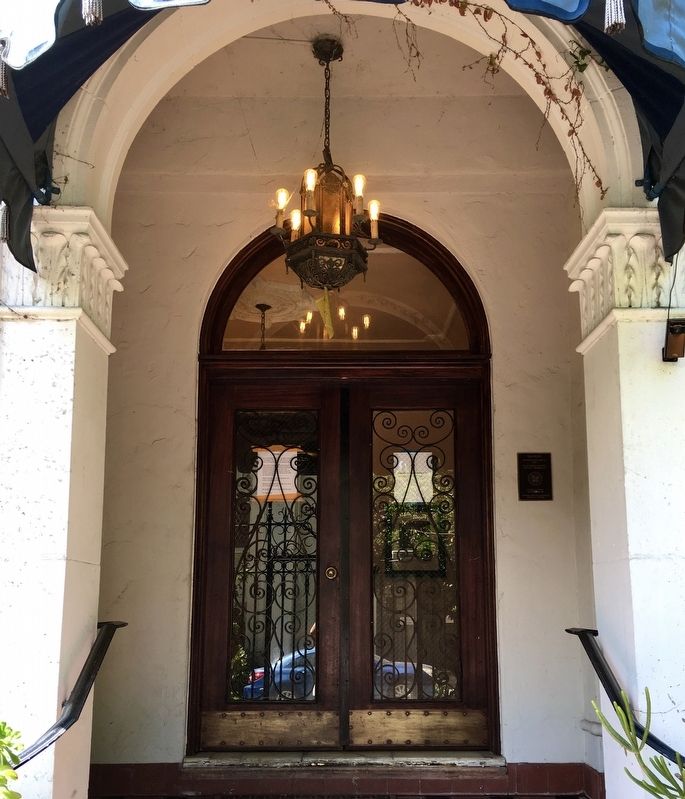 Regarding Villa Bonita. Studio heads in early Hollywood often commissioned the building of apartments to house their crews and performers. Villa Bonita was built in 1929 for the cast and crew of director Cecil B. DeMille. Designed by local architect Frank Webster, the building's owner was Sidney Ullman, Rudolph Valentino's business manager and agent. Like many in the industry, Ullman used his profits to invest in real estate. Celebrity residents of Villa Bonita have included Errol Flynn and Francis Ford Coppola. The seven-story building with 24 apartments was added to the National Register of Historic Places in 1986. A photography book about the building with text by director Cameron Crowe was released in 2016. 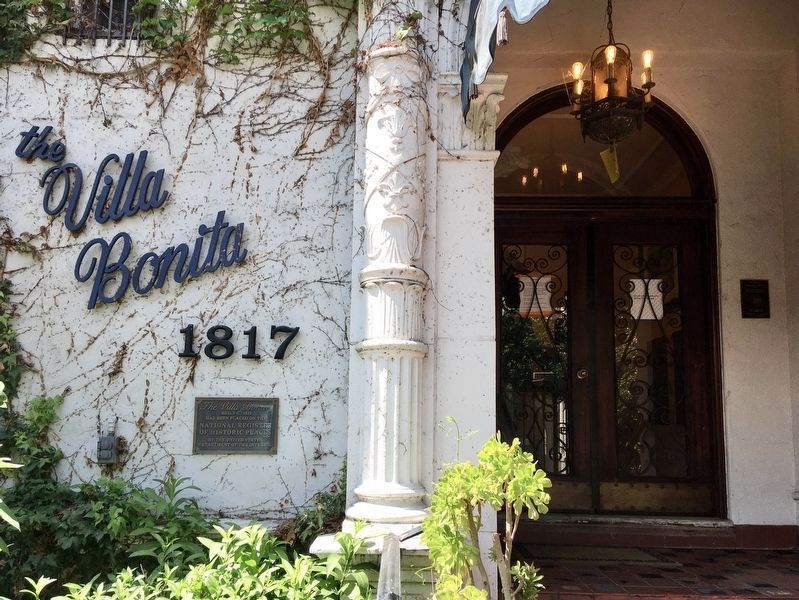 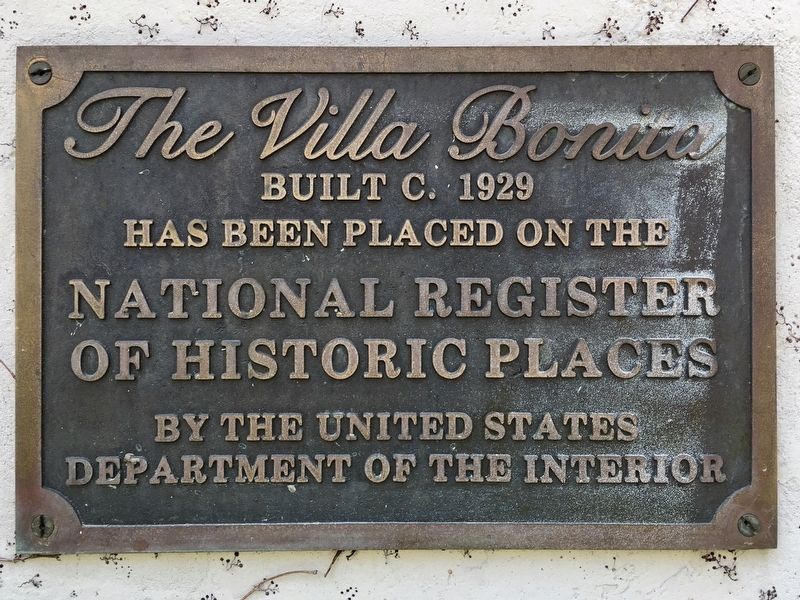 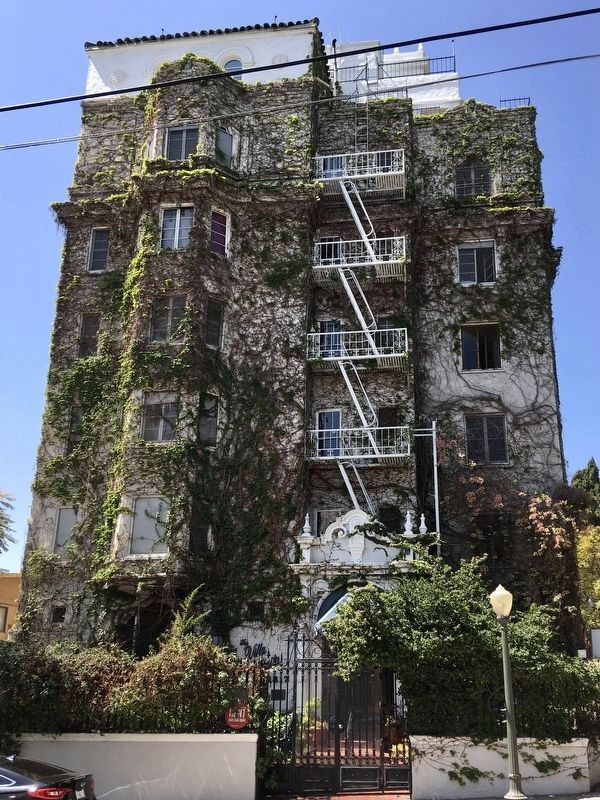