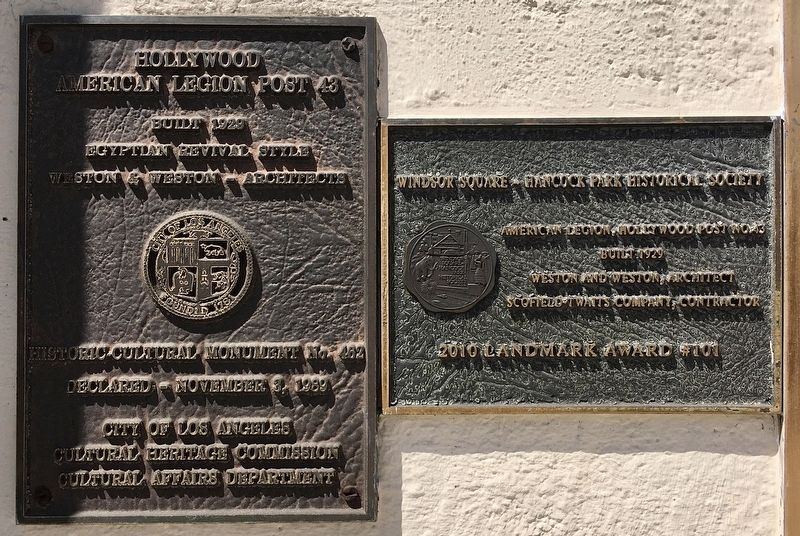 Topics and series. This historical marker is listed in these topic lists: Architecture • Fraternal or Sororal Organizations. In addition, it is included in the City of Los Angeles Historic-Cultural Monuments series list. A significant historical year for this entry is 1929.

Other nearby markers. At least 8 other markers are within walking distance of this marker. Highland Camrose Bungalow Village (about 400 feet away, measured in a direct line); Lasky-DeMille Barn 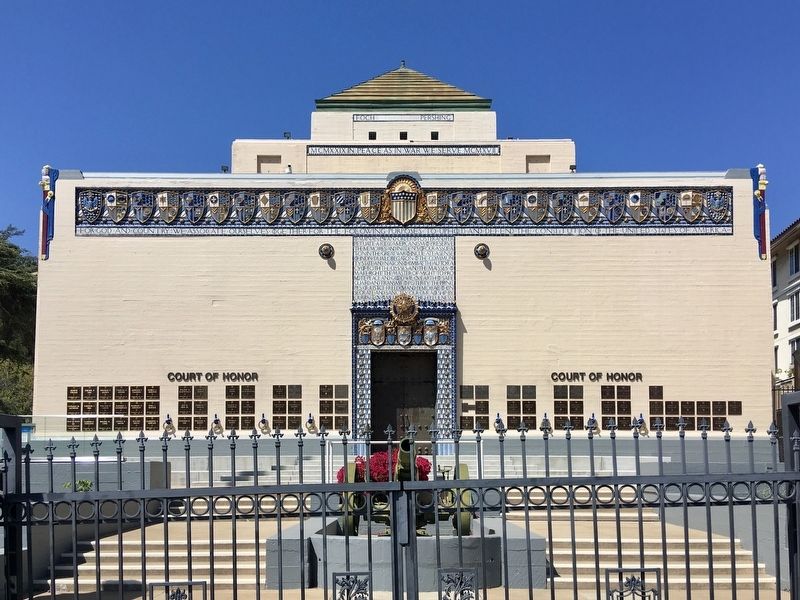 Photographed By Craig Baker, April 2, 2021
2. Hollywood American Legion Post 43
The marker is to the right of the door.

Regarding Hollywood American Legion Post 43. The American Legion was formed in 1919 by World War I veterans looking for an opportunity to gather together for camaraderie. Hollywood formed its own post in 1919, originally located in a rented facility on Hollywood Blvd. The group built a boxing arena to raise funds for constructing their own headquarters, when boxing ranked among Americans’ favorite spectator sports.

The American Legion clubhouse building, which somewhat resembles the Los Angeles Central Library, was dedicated on July 4, 1929. In 1930, the tile work won an American Institute of Architects award. Members have included Ronald Reagan, Gene Autry, and Clark Gable, and the building starred in the 1938 feature film “Squadron of Honor.”
Credits. This page was last revised on April 10, 2021. It was originally submitted on April 3, 2021, by Craig Baker of Sylmar, California. This page has been viewed 69 times since then and 29 times this year. Photos:   1, 2. submitted on April 3, 2021, by Craig Baker of Sylmar, California. • J. Makali Bruton was the editor who published this page.
Share this page.