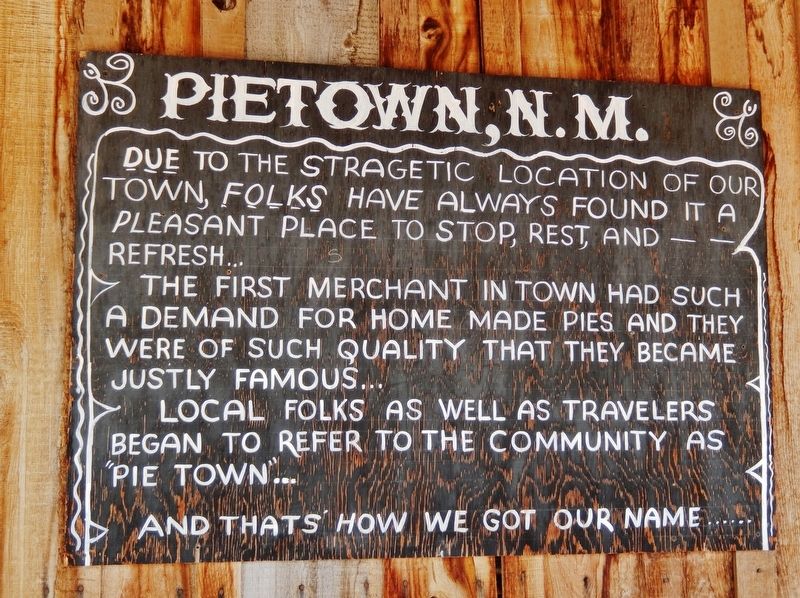 By Cosmos Mariner, May 19, 2016
1. Pie Town, N.M. Marker
Inscription.
Pie Town, N.M.. . Due to the strategic location of our town, folks have always found it a pleasant place to stop, rest, and refresh…, The first merchant in town had such a demand for home made pies and they were of such quality that they became justly famous…, Local folks as well as travelers began to refer to the community as “Pie Town”…, And that’s how we got our name. . This historical marker is in Pie Town in Catron County New Mexico

Due to the strategic location of our town, folks have always found it a pleasant place to stop, rest, and refresh…

And that’s how we got our name. 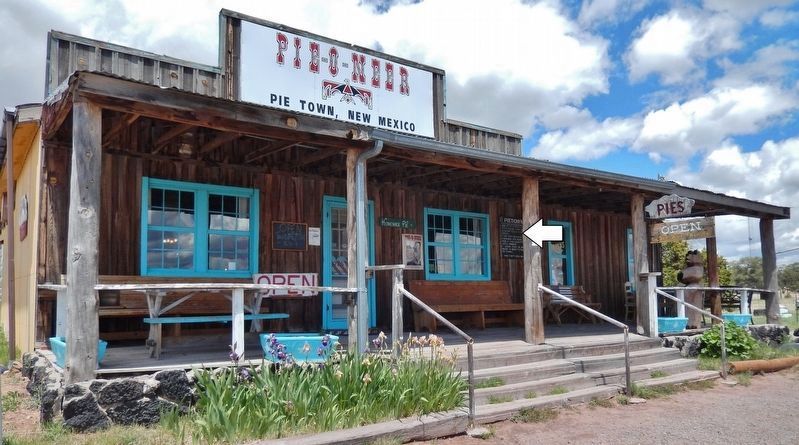 Click or scan to see
this page online
Pie Town's name comes from an early bakery that specialized in dried-apple pies; it was established by Clyde Norman in the early 1920s. Pie Town is the location of a "Pie Festival" on the second Saturday of each September. Pie Town and the local restaurant were the subject of an article in Smithsonian magazine in February 2005. In 2014, a feature-length documentary, Pie Lady of Pie Town, was produced. CBS News Sunday Morning aired a story about the town in 2015. (Submitted on April 9, 2021, by Cosmos Mariner of Cape Canaveral, Florida.) 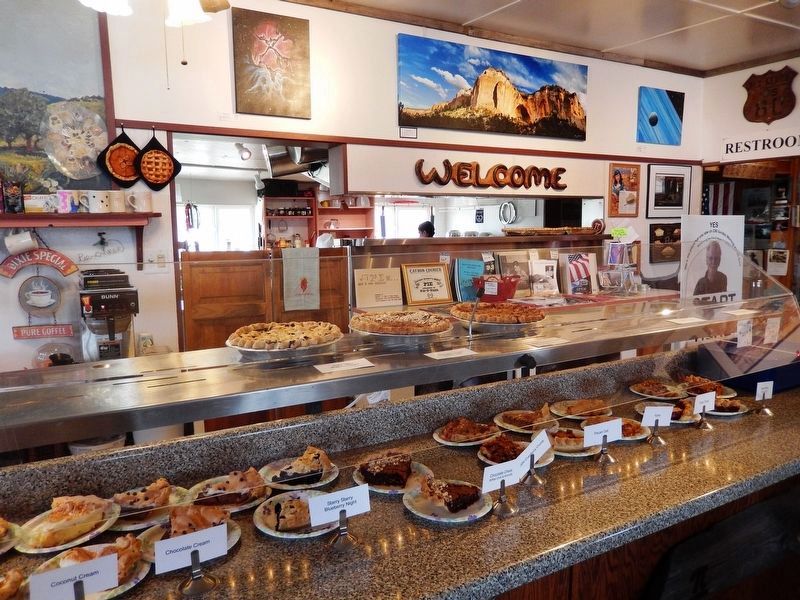 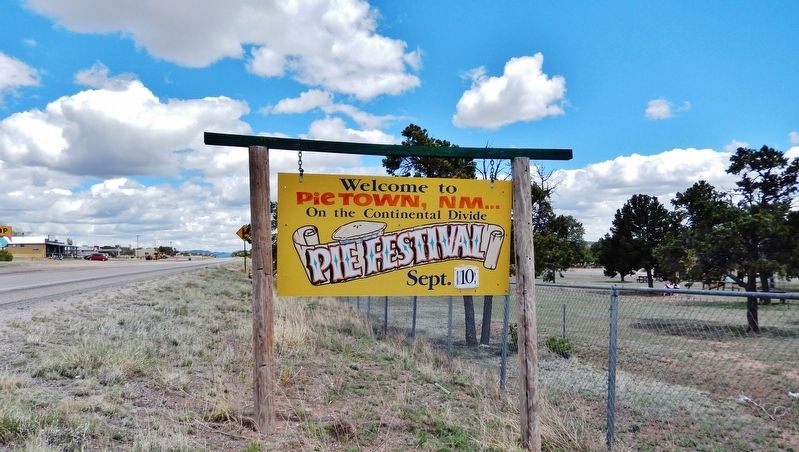 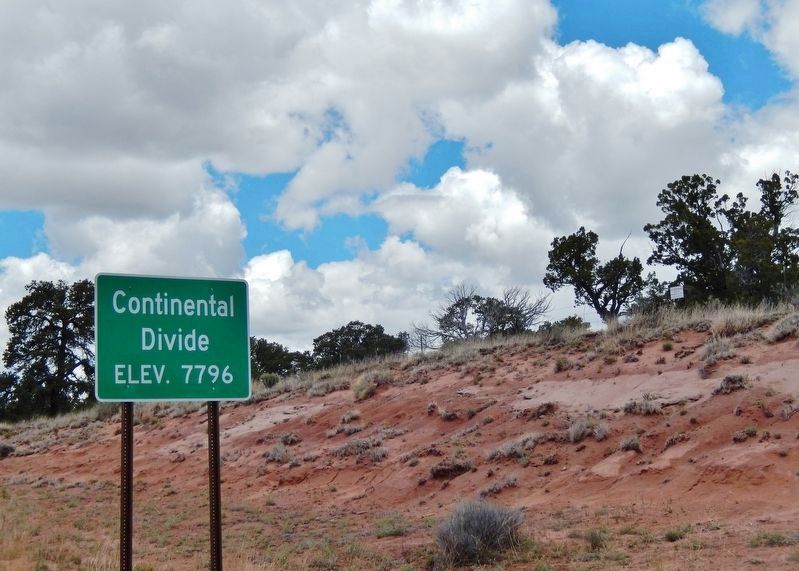