In Dedication Honor and Memory 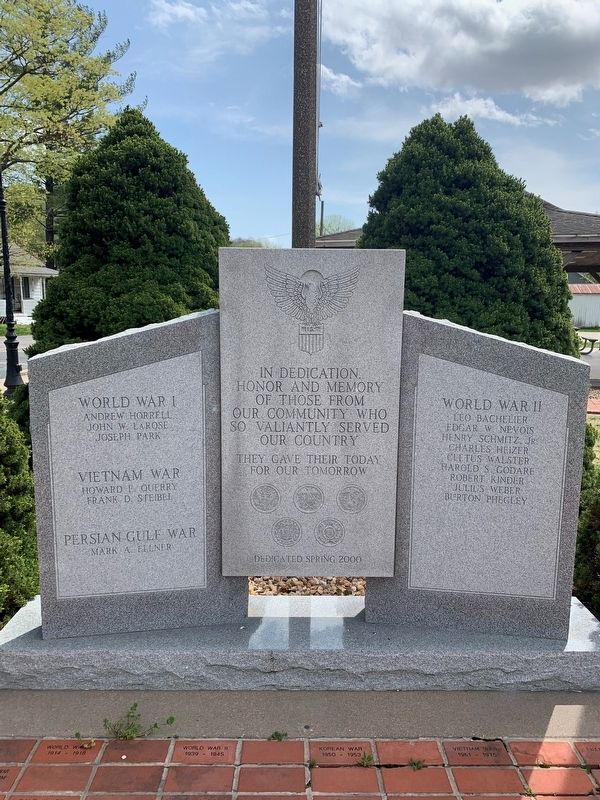 They gave their today for our tomorrow.

In dedication honor and memory of those from our community who so valiantly served our country.

They gave their today for our tomorrow.

Location. 38° 5.088′ N, 90° 5.931′ W. Marker is in Prairie du Rocher, Illinois, in Randolph County. Memorial is at the intersection of Henry Street (Illinois Route 155) and Main Street, on the right when traveling north on Henry Street. Touch for map. Marker is at or near this postal address: 214 Main St, Prairie du Rocher IL 62277, United States of America. Touch for directions. 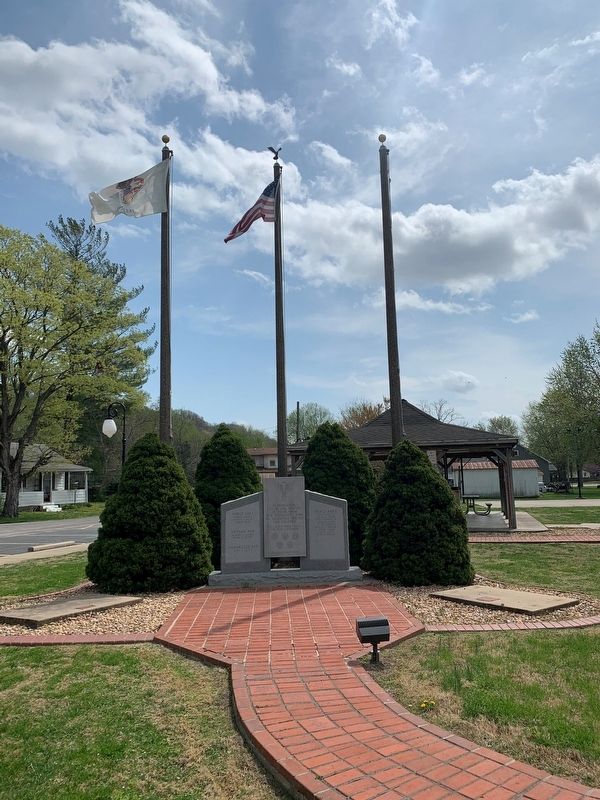 By Thomas Smith, April 7/21`
2. In Dedication Honor and Memory Marker