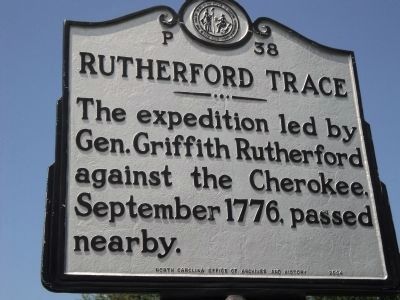 Photographed By Bill Coughlin, August 8, 2012
1. Rutherford Trace Marker
Inscription.
Rutherford Trace. . The expedition led by Gen. Griffith Rutherford against the Cherokee, September 1776, passed nearby. . This historical marker was erected in 2004 by North Carolina office of Archives and History. It is in Asheville in Buncombe County North Carolina

The expedition led by Gen. Griffith Rutherford against the Cherokee, September 1776, passed nearby.

Topics and series. This historical marker is listed in these topic lists: Native Americans • War, US Revolutionary. In addition, it is included in the North Carolina Division of Archives and History series list. A significant historical year for this entry is 1776.

Location. 35° 32.877′ N, 82° 35.924′ W. Marker is in Asheville, North Carolina, in Buncombe County. Marker is on Brevard Road (State Highway 191) north of Biltmore Estates Drive, on the right when traveling north. Touch for map. Marker is in this post office area: Asheville NC 28806, United States of America. Touch for directions. 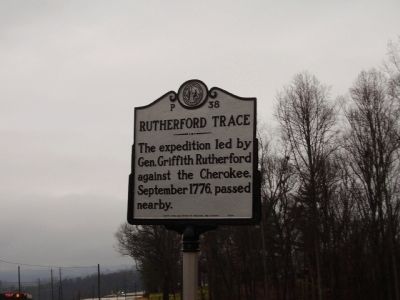 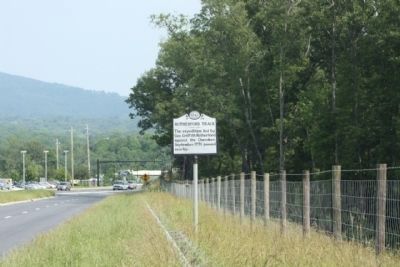 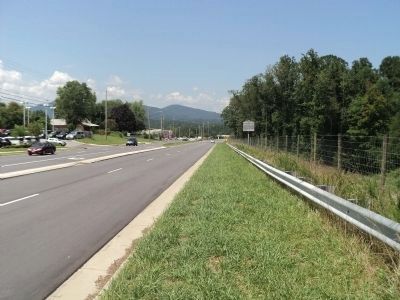