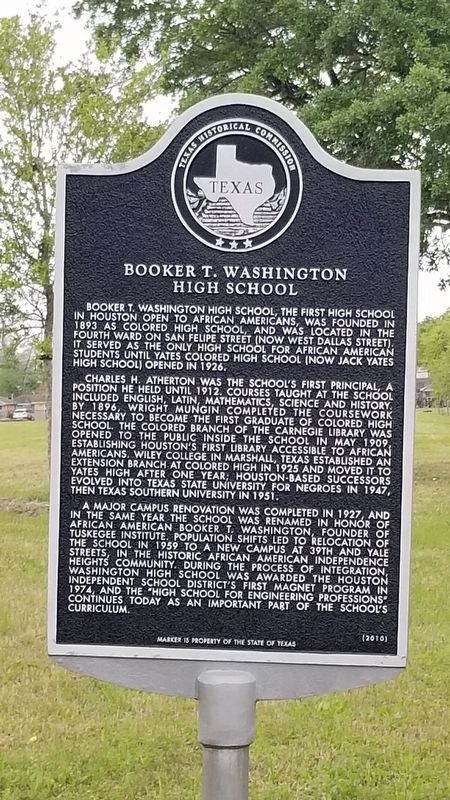 Charles H. Atherton was the school's first principal, a position he held until 1912. Courses taught at the school include English, Latin, mathematics, science and history. By 1896, Wright Mungin completed the coursework necessary to become the first graduate of Colored High School. The colored branch of the Carnegie Library was opened to the public inside the school in May 1909, establishing Houston's first library accessible to African Americans. Wiley College in Marshall, Texas established an extension branch at Colored High in 1925 and moved it to Yates High after one year; Houston-based successors evolved into Texas State University for Negroes in 1947, then Texas Southern University in 1951.

A major campus renovation was completed in 1927, and in the same year 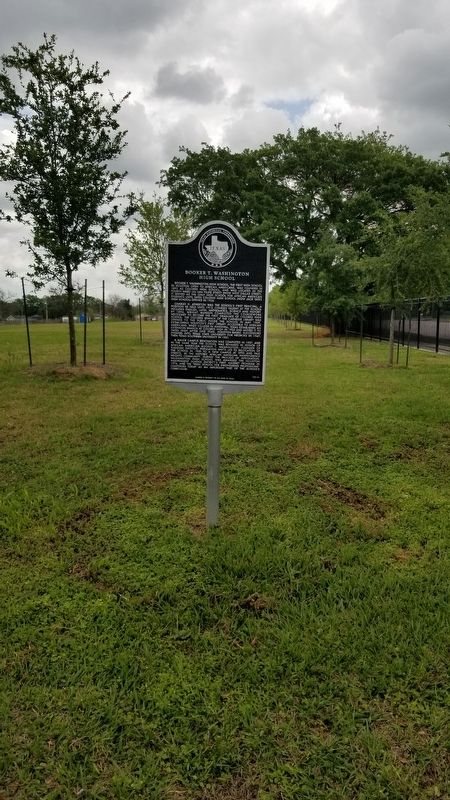 Click or scan to see
this page online
the school was renamed in honor of African American Booker T. Washington, founder of Tuskegee Institute. Population shifts led to relocation of the school in 1959 to a new campus at 39th and Yale Streets, in the historic African American Independence Heights community. During the process of integration, Washington High School was awarded the Houston Independent School District's first Magnet program in 1974, and the "High School for Engineering Professions" continues today as an important part of the school's curriculum.

Topics. This historical marker is listed in these topic lists: African Americans • Education. A significant historical month for this entry is May 1909.

Other nearby markers. At least 8 other markers are within 2 miles of this marker, measured as the crow flies. Independence Heights (approx. 0.3 miles away); Houston Heights Woman's Club (approx. 1.2 miles away); Daniel Denton Cooley (approx. 1.3 miles away); Reagan Masonic Lodge No. 1037 A.F. & A.M. (approx. 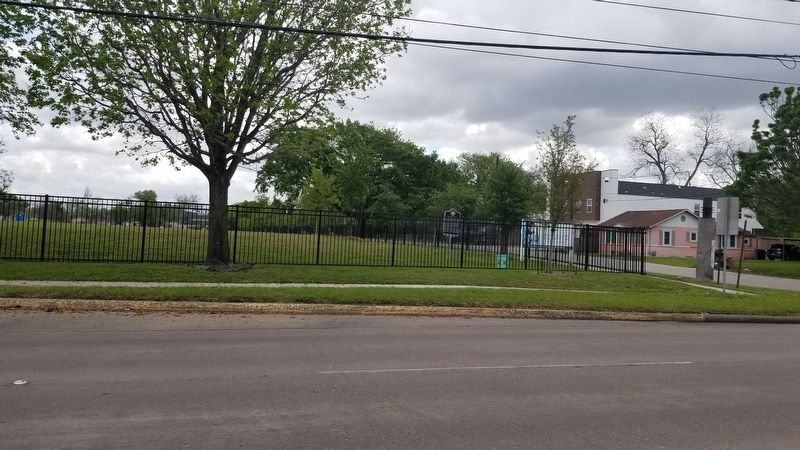