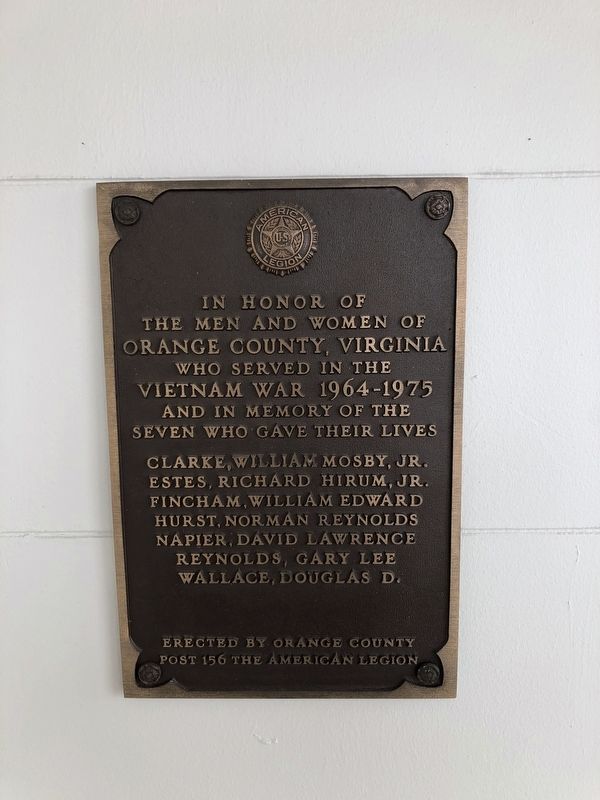 In honor of the men and women of Orange County, Virginia who served in the Vietnam War 1964-1975 and in memory of the seven who gave their lives