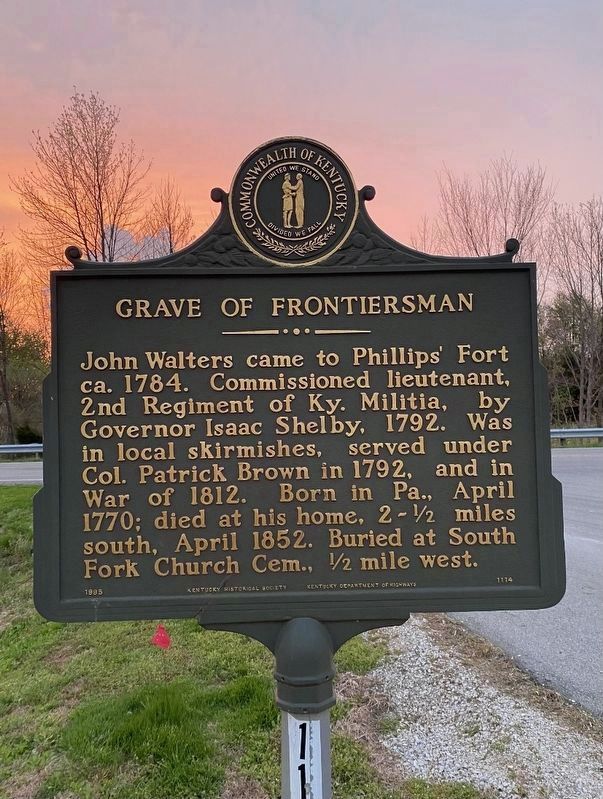 South Fork Baptist Church. Seven persons baptized in Nolin Creek by Rev. Benjamin Lynn. He and Rev. James Skaggs founded South Fork Church ca. 1782 Organized as Separate Baptist Church with 13 members, it met at Phillips' Fort; later moved to South Fork of Nolin. In the past, church has assumed philosophy of United, Separate, and Regular. Later split on slavery issue. . This historical marker was erected in 1985 by Kentucky Historical Society and Kentucky Department of Highways. It is Near Buffalo in Larue County Kentucky 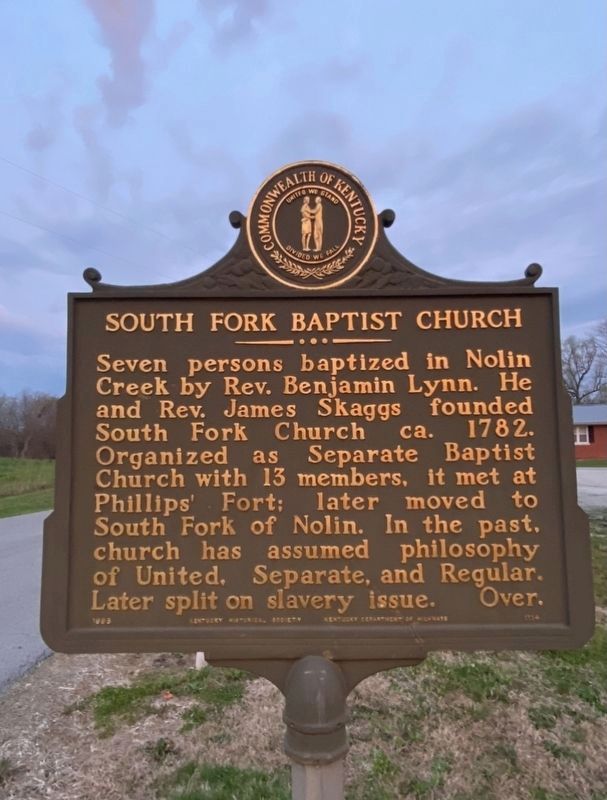 By Darren Jefferson Clay, April 10, 2021
2. South Fork Baptist Church side of the marker

Click or scan to see
this page online
. In addition, it is included in the Kentucky Historical Society series list. A significant historical year for this entry is 1782. 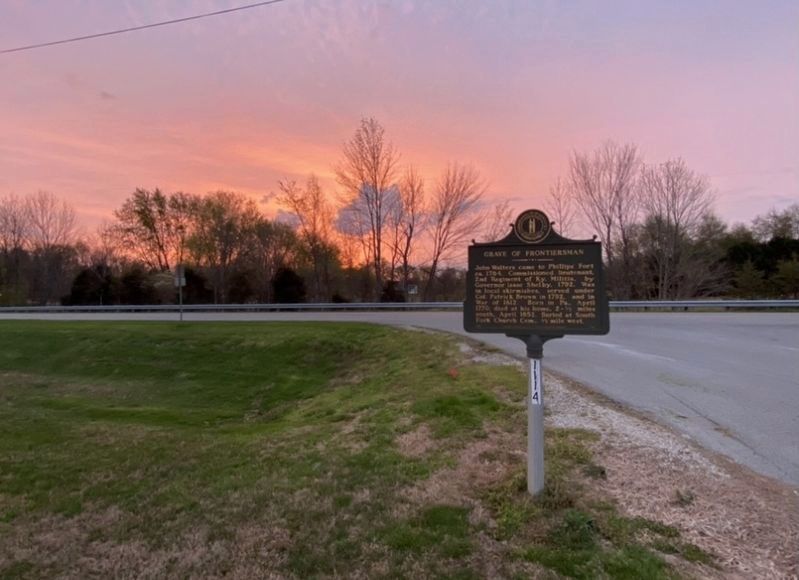 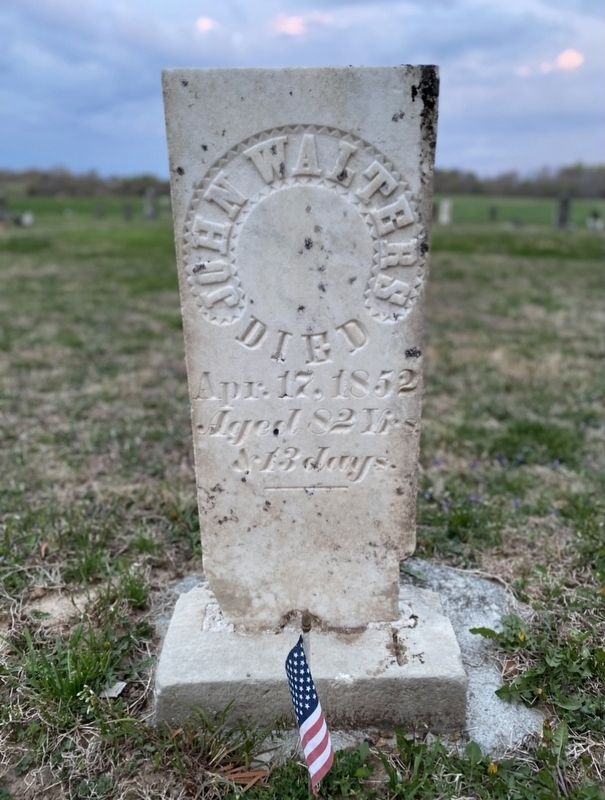 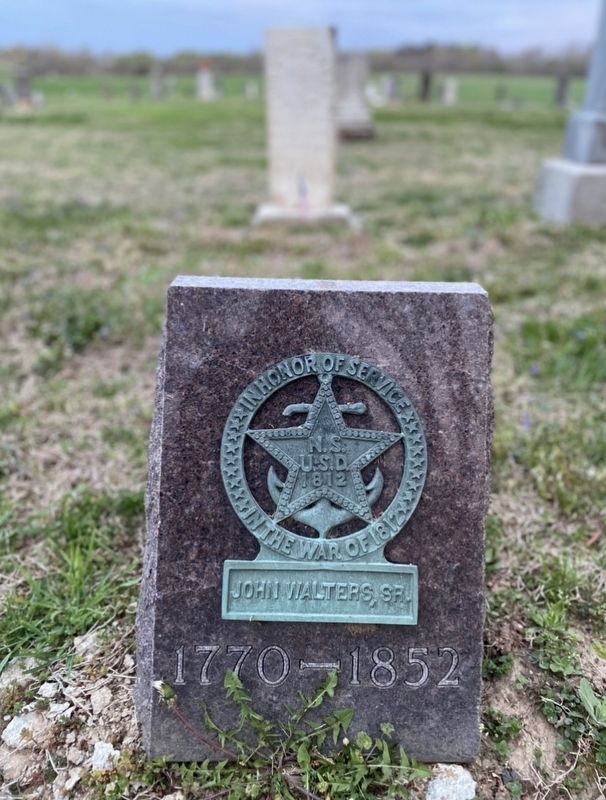