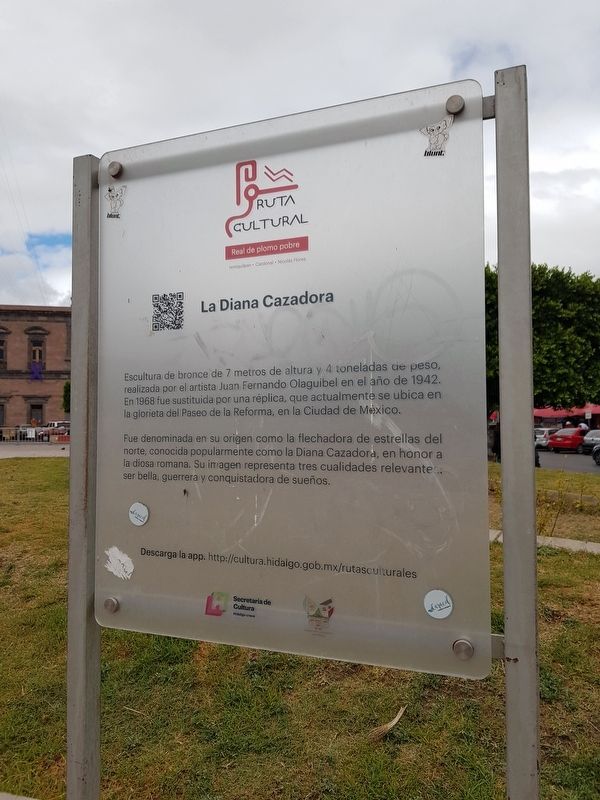 By J. Makali Bruton, April 2, 2021
1. Diana the Huntress Marker
Inscription.
English translation: , Diana the Huntress , This bronze sculpture is 7 meters tall and weighs 4 tons. It was made by the artist Juan Fernando Olaguibel in 1942. In 1968 it was replaced by a replica, which is currently located in the roundabout of Paseo de la Reforma, in Mexico City., Originally referred to as the “Northern Star Hunter”, it is now popularly known as “Diana the Huntress”, after the Roman goddess. Her image represents three relevant qualities: being beautiful, a warrior and conquering dreams., Download the app: http://cultura.hidalgo.gob.mx/rutasculturales . This historical marker was erected by Secretaria de Cultura. It is in Ixmiquilpan in Municipality of Ixmiquilpan Hidalgo Mexico