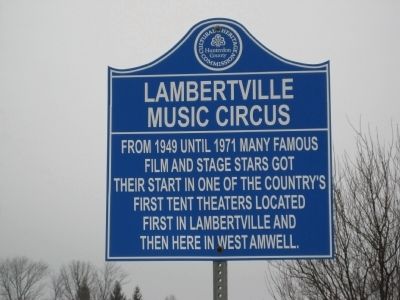 From 1949 Until 1971 Many Famous Film And Stage Stars Got Their Start In One Of The Country’s First Tent Theaters Located First In Lambertville And Then Here In West Amwell.

Topics and series. This historical marker is listed in this topic list: Entertainment. In addition, it is included in the New Jersey, Hunterdon County Cultural and Heritage Commission series list. A significant historical year for this entry is 1949. 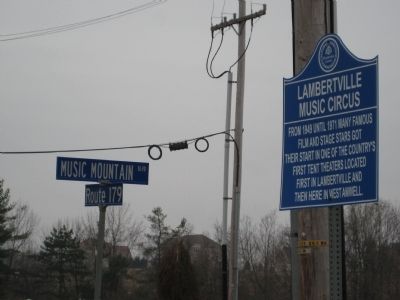